DAY 1 – Sunday 19 May
With participants flying and driving in from many different points, it was a great feat of organisation by Brian Constable that we all ended up at the Barcelona Botanical Garden to be met by our guide Laura. Unfortunately, we arrived as the heavens opened, so this first part of our visit was very wet. However, the weather improved as we walked through the garden, which is set on the southern slope of the Montjuic area of Barcelona, among the sports venues which were built for the Olympics in 1992. On a clear day, the garden has views over the city, port and Llobregat delta. 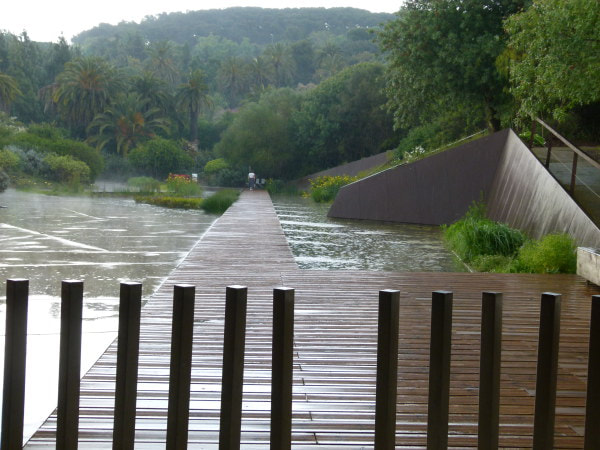 ​Preparations for the Barcelona International Exposition in 1929 included the development of several gardens and parks, including the Botanical Garden. Designer Pius Font I Quer was commissioned to build a botanical garden and in 1930 he began to assemble a remarkable collection of endemic and rare plants, mainly originating from the Iberian Peninsula, the Balearic Islands and Morocco. ​Over the years, the planting has been developed and there are now about 1500 species grown in the garden which is laid out in eight geographical areas, reflecting the Mediterranean climate areas.

We started off by walking up through the Australian zone, stopping to look at plants including several familiar and less familiar grevilleas. By the time we reached a magnificent specimen of Xanthorroea glauca, the rain had eased and the sky was turning blue. 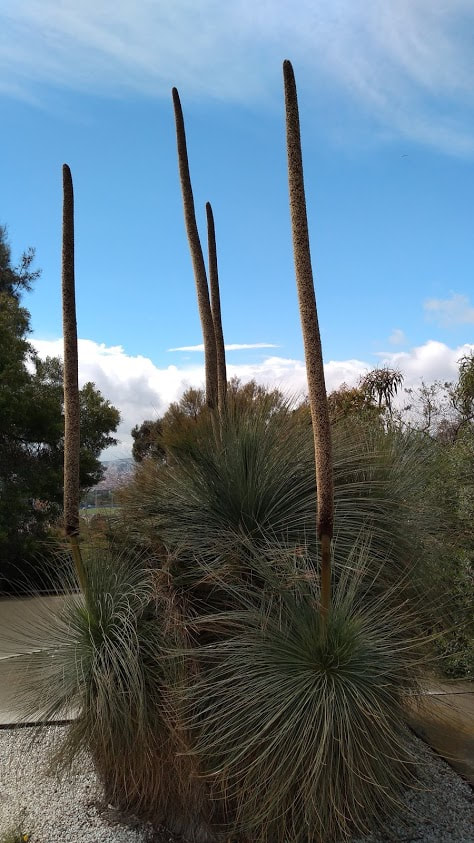 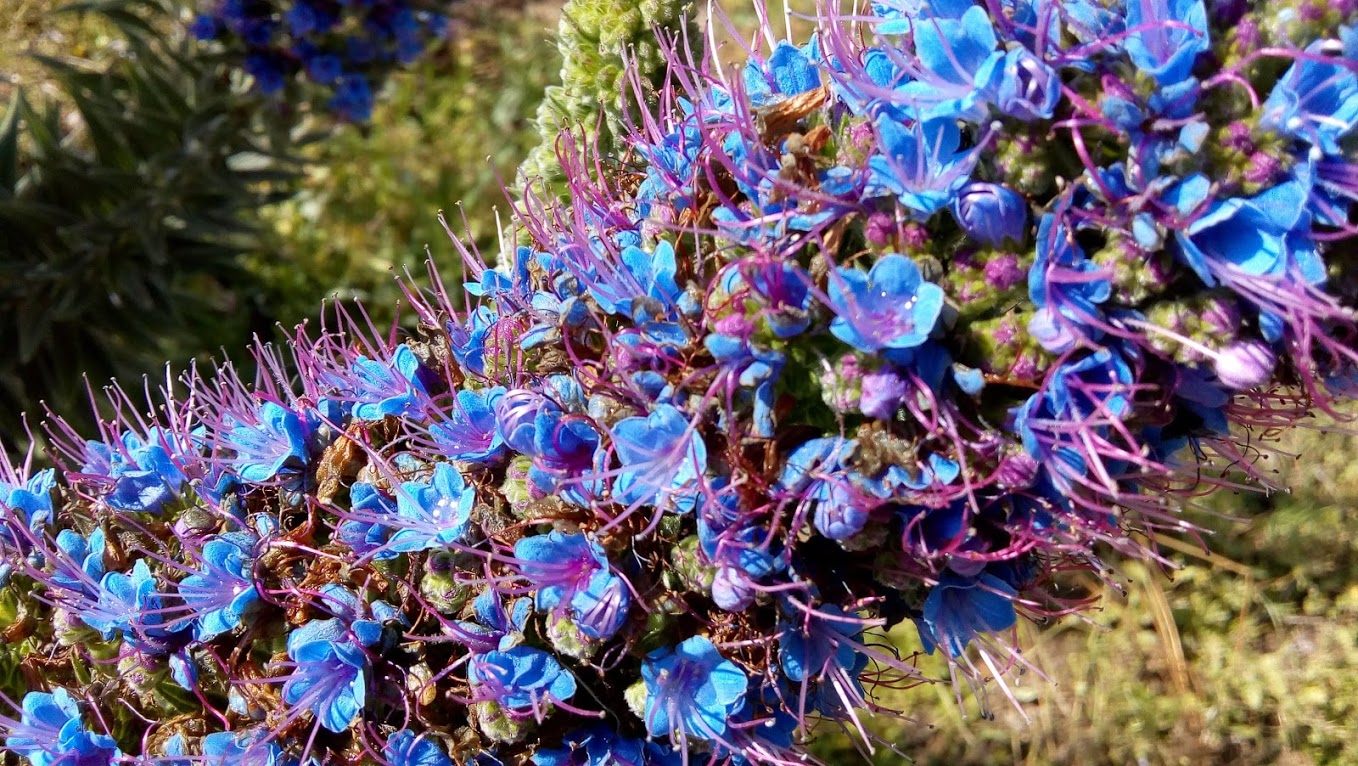 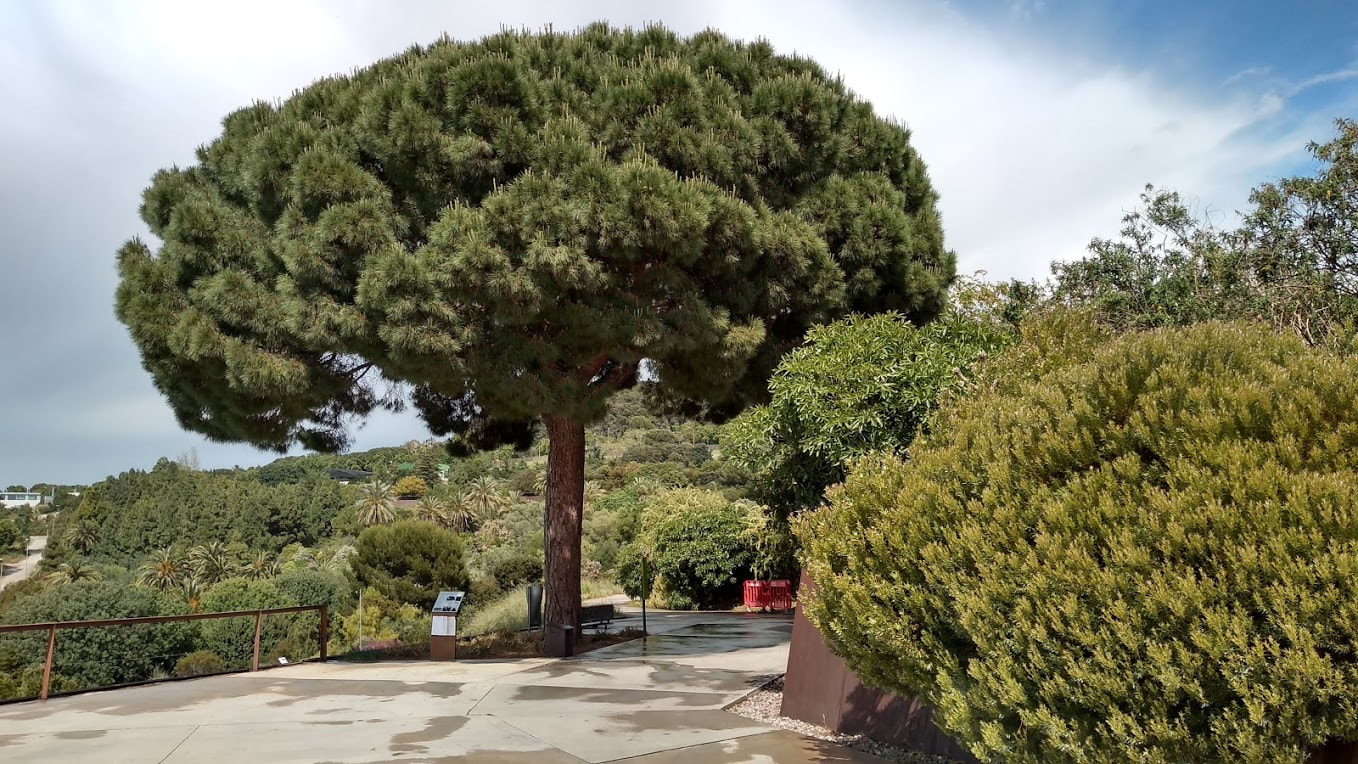 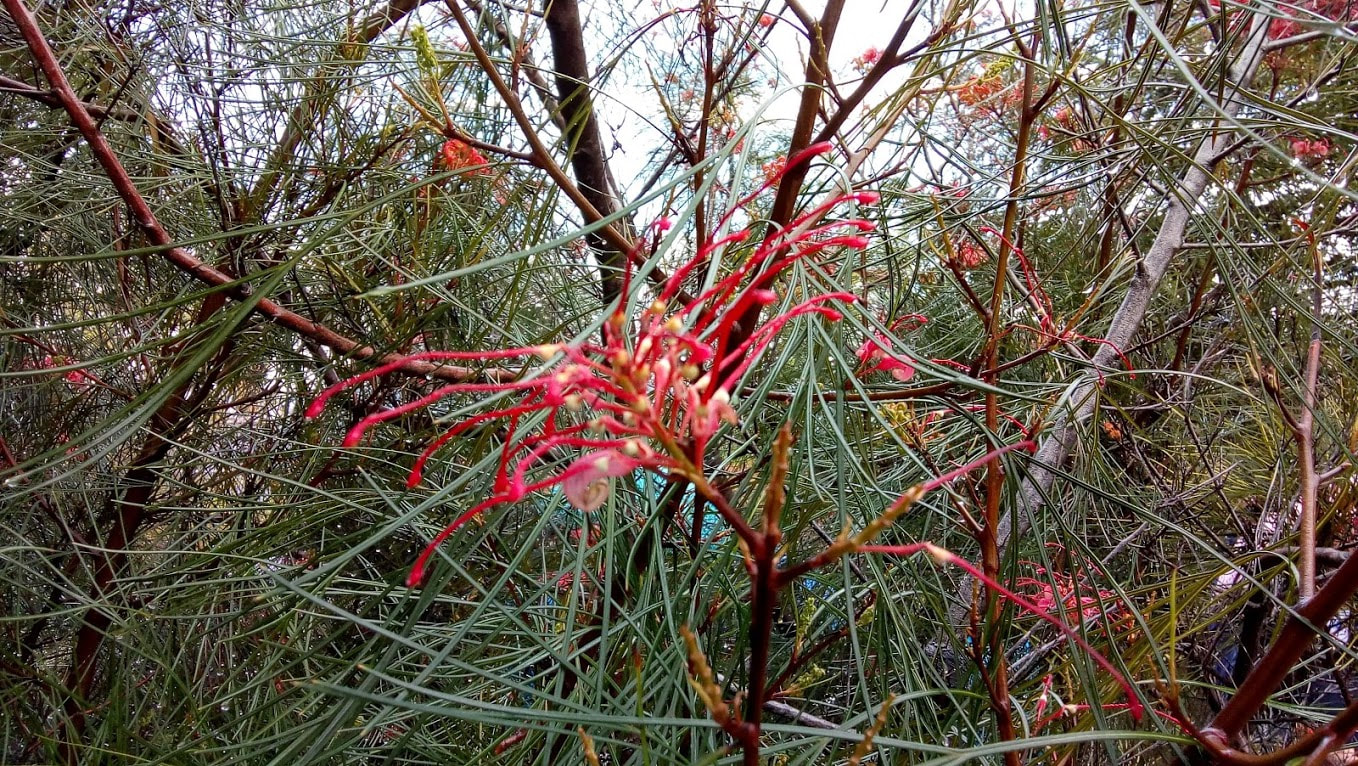 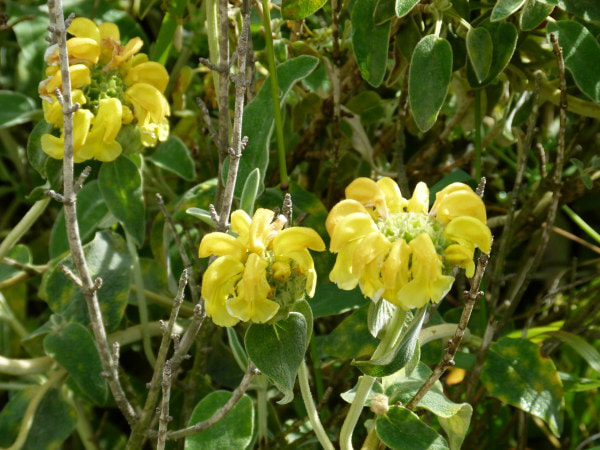 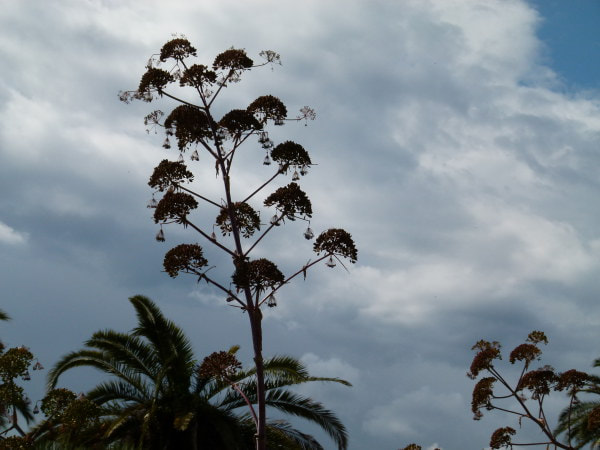 A 90-minute drive took us to the Hotel Costa Brava on the outskirts of Platja d’Aro, which was to be our base for the next four nights. There was time for a quick shower, before a welcome drink, a briefing about the next day’s programme and dinner.

DAY 2 – Monday 20 May
Lunch in Spain is usually eaten quite late, so we got used to filling up at the extensive breakfast buffet in the hotel to keep us going until lunch.

We met Bartolomé, our driver for the rest of the tour, and drove for about an hour to our first stop, the Marimurtra Botanical Garden, in Blanes on the coast. We were welcomed by Josep Borrell, Director of the garden, who gave us an overview of the history and layout. He introduced us to Ana Sans, a volunteer guide who took us round the garden and we were joined later by Jordi Fabregas, the Plant Records Officer.

The garden was founded by Carl Faust, a German businessman who had set up his own hydraulic engineering business, which proved so successful that he was able to retire in 1924 when he was 50 years old. He then devoted himself to developing his botanic garden which he named Marimurtra – Sea and Myrtle – two of the features of the garden. He used his professional water engineering knowledge to collect rainwater in underground tanks with a capacity of two million litres. and pipe it around the garden. The garden now contains some 4000 different species. 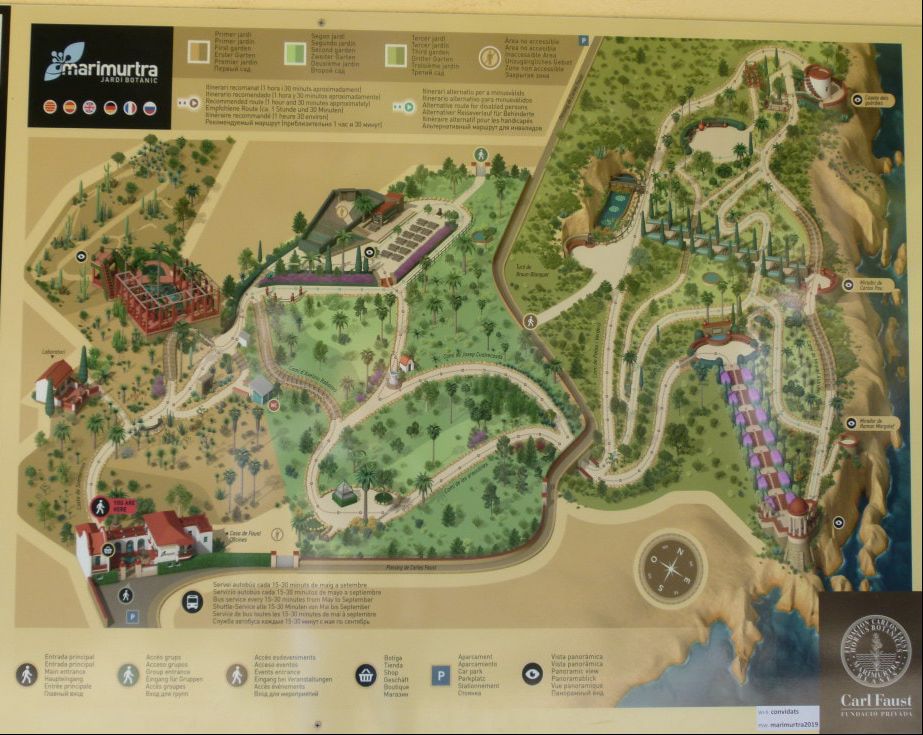 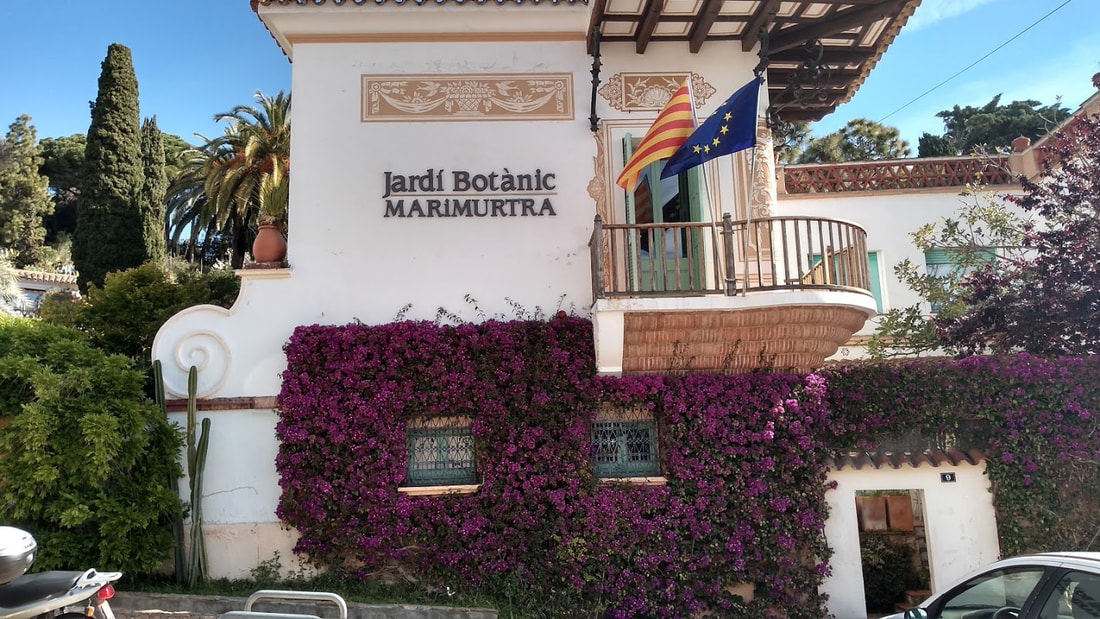 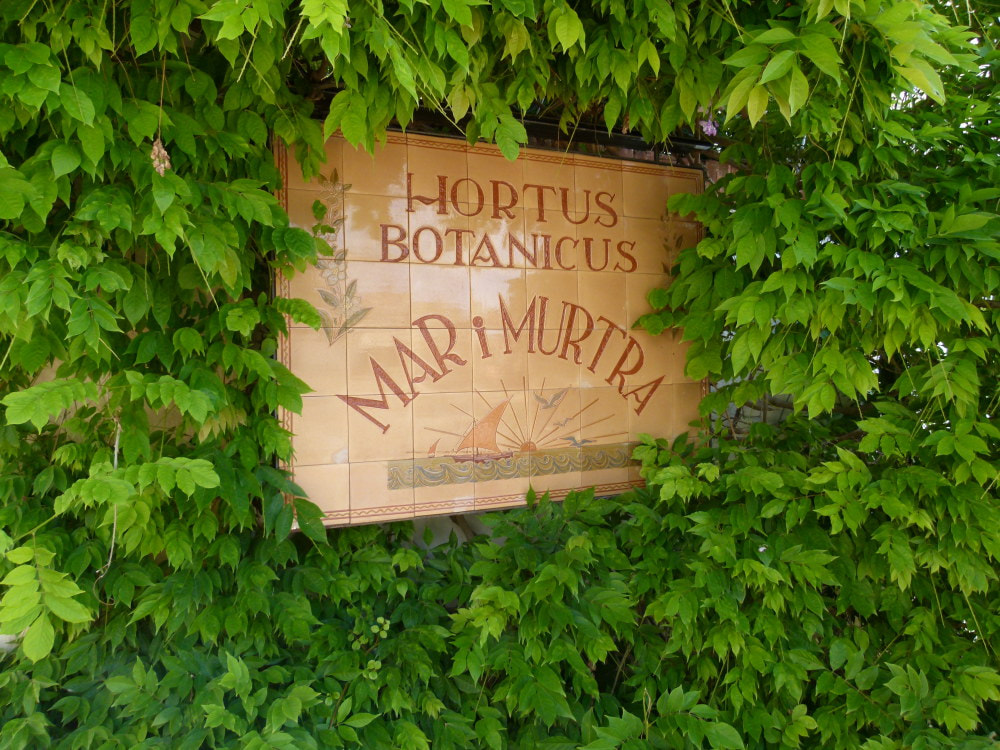 ​The garden was developed in three phases, with the first part, nearest the house, dedicated to cacti and other succulents. The best view of the succulent garden is from a substantial stone pergola, which is densely shaded by a large number of climbing plants. It must be a pleasantly cool place to rest on a hot day, but it was a little chilly when we were there. 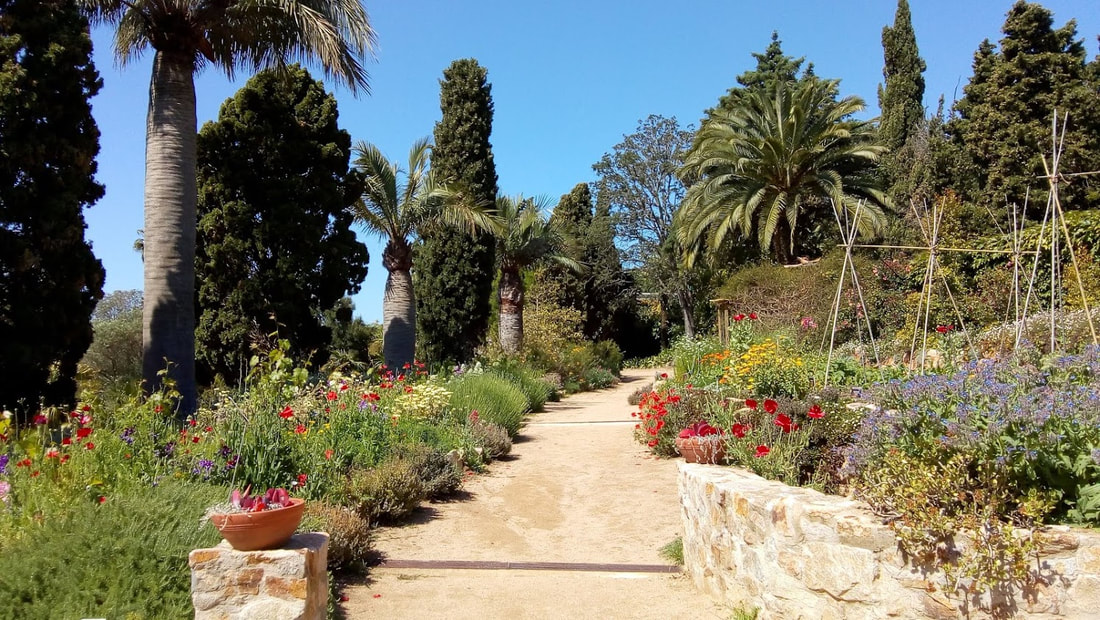 The vegetable beds are surrounded by flowers to attract pollinators 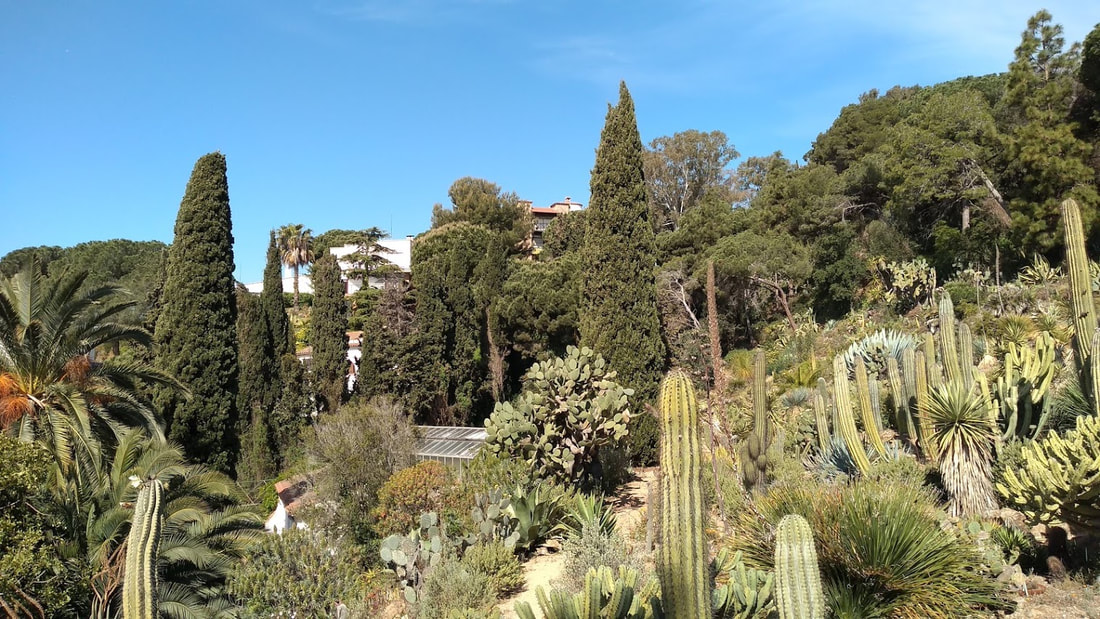 A small part of the cactus collection 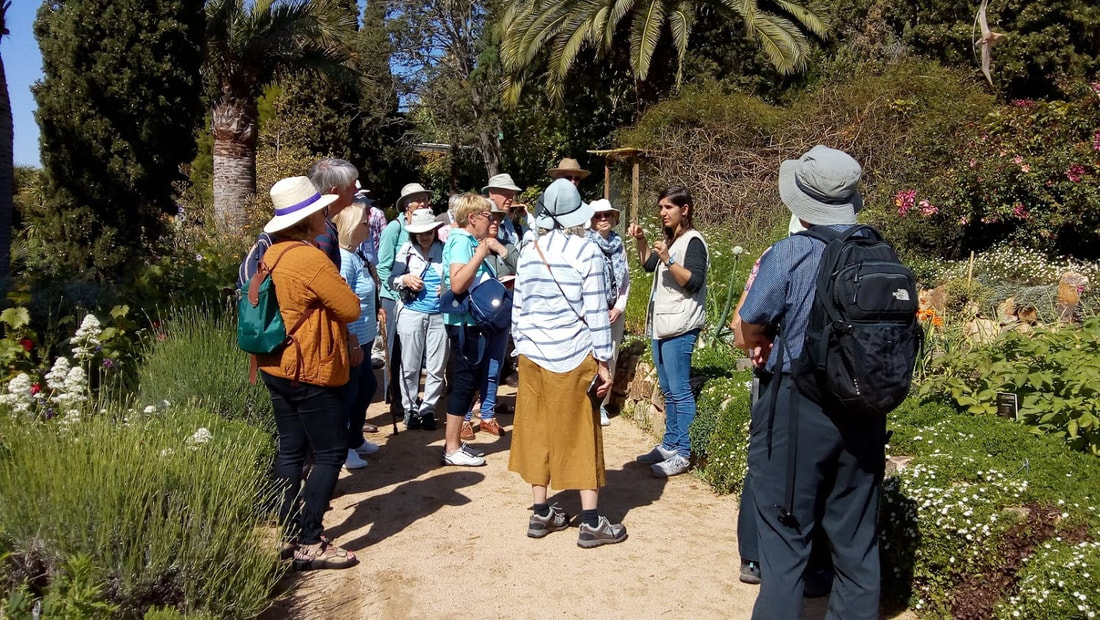 Ana explaining about the ecological principles of the garden 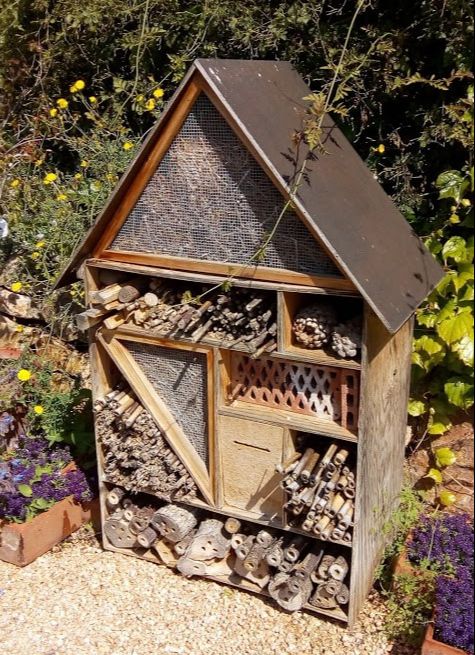 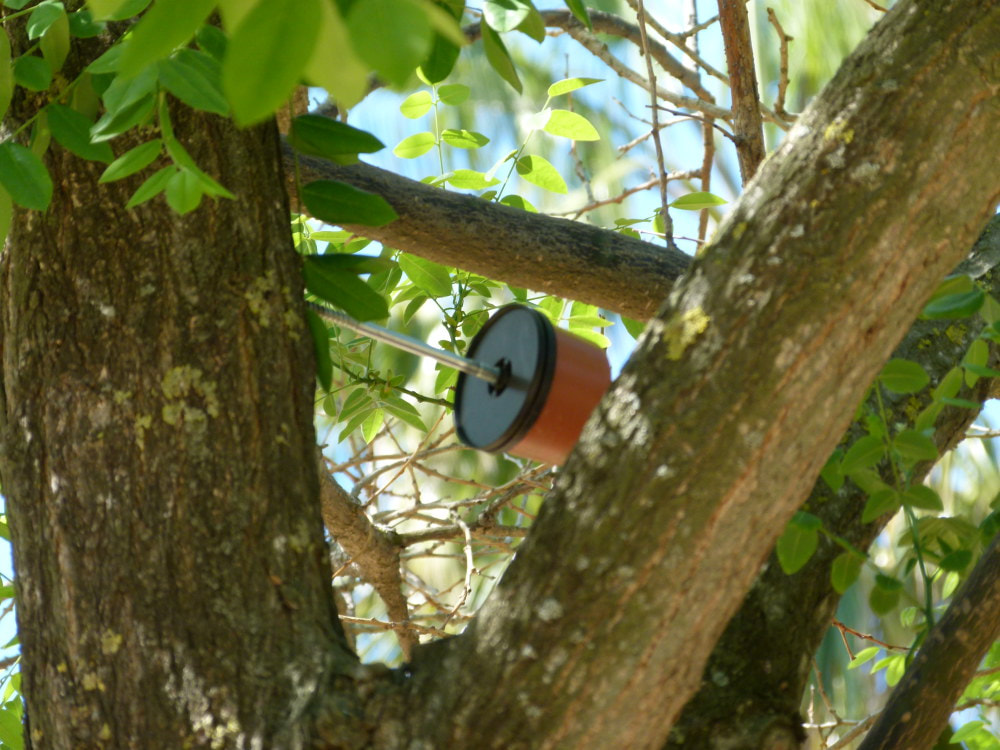 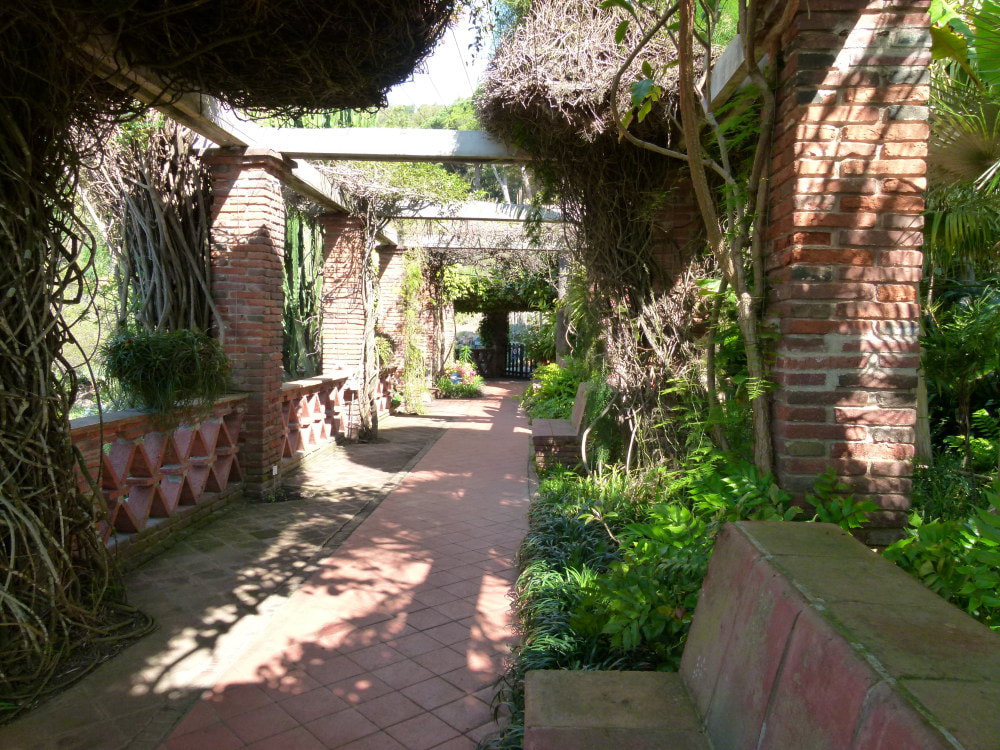 ​The second garden has plants from temperate and subtropical regions. There is an extensive collection of palm trees, although a number of Phoenix canariensis have been destroyed by the red palm beetle (Rhynchophorus ferrugineus), which is ravaging many palms around the Mediterranean. A project is underway to evaluate the use of nematodes to combat the pest, while currently electronic sensors are plugged into the top of the stem. When the movement of larvae is detected, a mobile phone alarm is sent to alert staff who treat them with neem oil.

​A concoction made from nettles, larkspur and ​equisetum, grown in the garden, has been successfully used as a plant stimulant and pesticide, and there is now a research project to understand its effectiveness.

The whole garden is run on ecological principles, without the use of chemicals, and the bug hotel was popular with a range of different insects.
​
Both here and at the Barcelona Botanic Garden, many of the palms are left untrimmed as they would be when growing in the wild: the dead fronds up the stem providing protection and also a habitat for wildlife. The palms are often interplanted with Strelitzia nicolai and S. reginae growing to impressive heights.