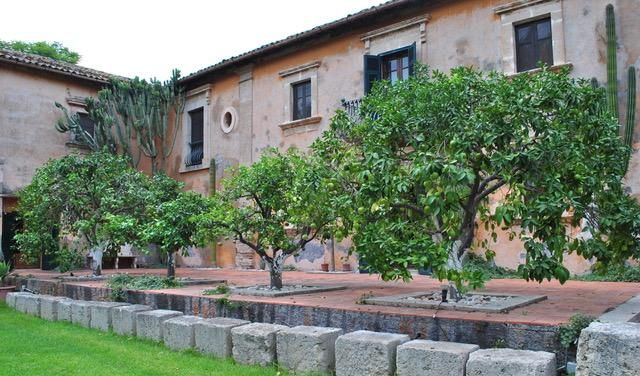 Originally from Catania, Sergio Cumitini is a well-travelled and resourceful horticulturist, with an expertise in agricultural sciences. He has been managing the city landscape for the town of Paternò near Catania for over 20 years and curated the municipal garden for the 2004 edition of the “Cervia in Fiore” festival. He has been awarded the “Città Verde” (Green Cities) prize for his work in urban horticulture. Thanks to a three-year grant from the Italian Ministry for Agriculture, he also researches olive oil and olive-culture, publishing in  internationally known peer-reviewed journals such as the Journal of Agricultural & Food Chemistry and the Journal of the Science of Food and Agriculture. In 2001 he was awarded a grant by the Royal Horticulture Society to research the cultivation and use of drought-resistant plants. He has since become a recognized expert in drought-resistant plants and other climate-change related issues. He has also carried out numerous internships in the UK at Wisley Garden, Sir Harold Hillier, Tresco, and the National Botanic Garden of Wales.

Since 2009, he has been a volunteer-consultant for Bristol University’s Botanical Garden regarding Mediterranean plants. He is the project manager of a research project investigating the acclimatisation of Mediterranean plants in the following locations: Tresco Abbey Garden, Sir Harold Hillier Arboretum, Wisley, Cambridge Botanic Garden, University Botanic Garden of Bristol, Rosemoor, Hyde Hall, Ventnor of Isle of Wight, Botanic Garden of Wales. He also works as editorial contributor for GARDENIA magazine since 2015 and ACER magazine since 2013 writing about Sicilian gardens and garden designers. He promotes the Chelsea Fringe Festival in Italy and since 2014 works with the Radicepura Foundation, with whom he organises conferences and masterclasses. He is also the Ambassador of the Radicepura Garden Festival and Designer Liaison Officer. He has conducted various Garden Tours for British, German and American groups.

Priority will be given to those members who booked and paid deposits for the postponed May 2020 trip. There may be further places available. To be placed on the waiting list please contact madalynhughes56@aol.com.

If you wish to pay by bank transfer in euros, please contact David Mason

To pay by cheque drawn on a UK bank made out to Mediterranean Plants and Gardens, sent to: