On the rather grey Sunday evening of 12 September 2021, 33 Mediterranean Plants and Gardens members, wearing their name badges, settled for dinner at the Ivy Bush Royal Hotel in Carmarthen. Almost half of us had been on Maddy and Geoff Hughes’ garden tour in Yorkshire in July and the world seemed to be returning to normality though wearing face coverings is still mandatory in Wales on public transport and in public places other than hospitality venues. A more detailed report on the visits to Aberglasney and the National Botanic Garden of Wales by bursary holder, Scott Galloway, can be found here. 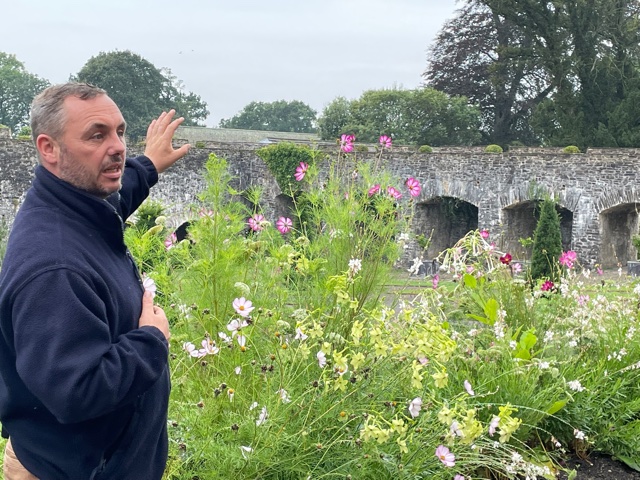 We visited Aberglasney the following morning and were shown round by the fascinating and amusing Kew-trained head gardener Joseph Atkin, pictured here. 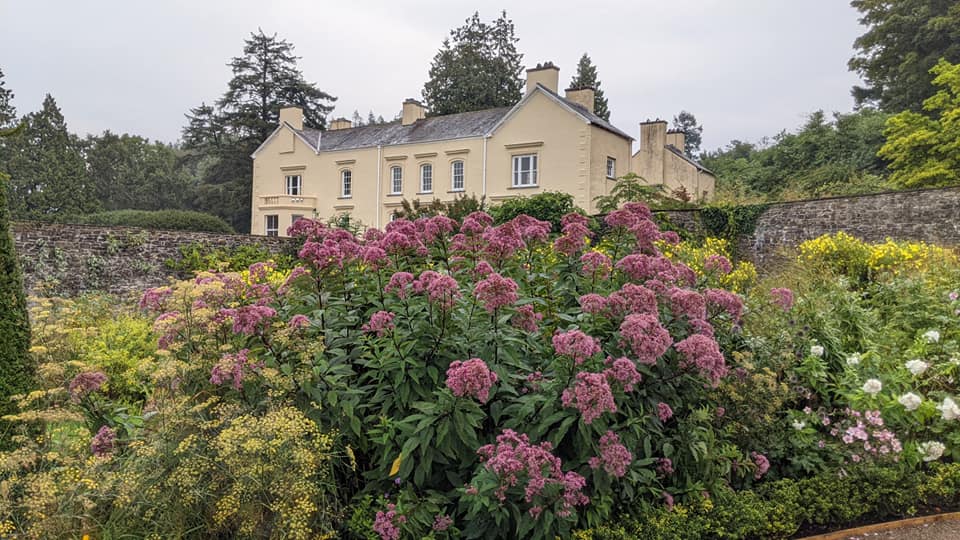 Joseph gave us a tour helping us find corners we might have missed without him and then left us to visit parts for which Aberglasney is famous, such as the Elizabethan cloister garden, which is bordered on three sides by a stone parapet walkway with arcades beneath, and the sheltered tropical garden (the “Ninfarium”) created within a ruined part of the mansion, with a glazed roof. 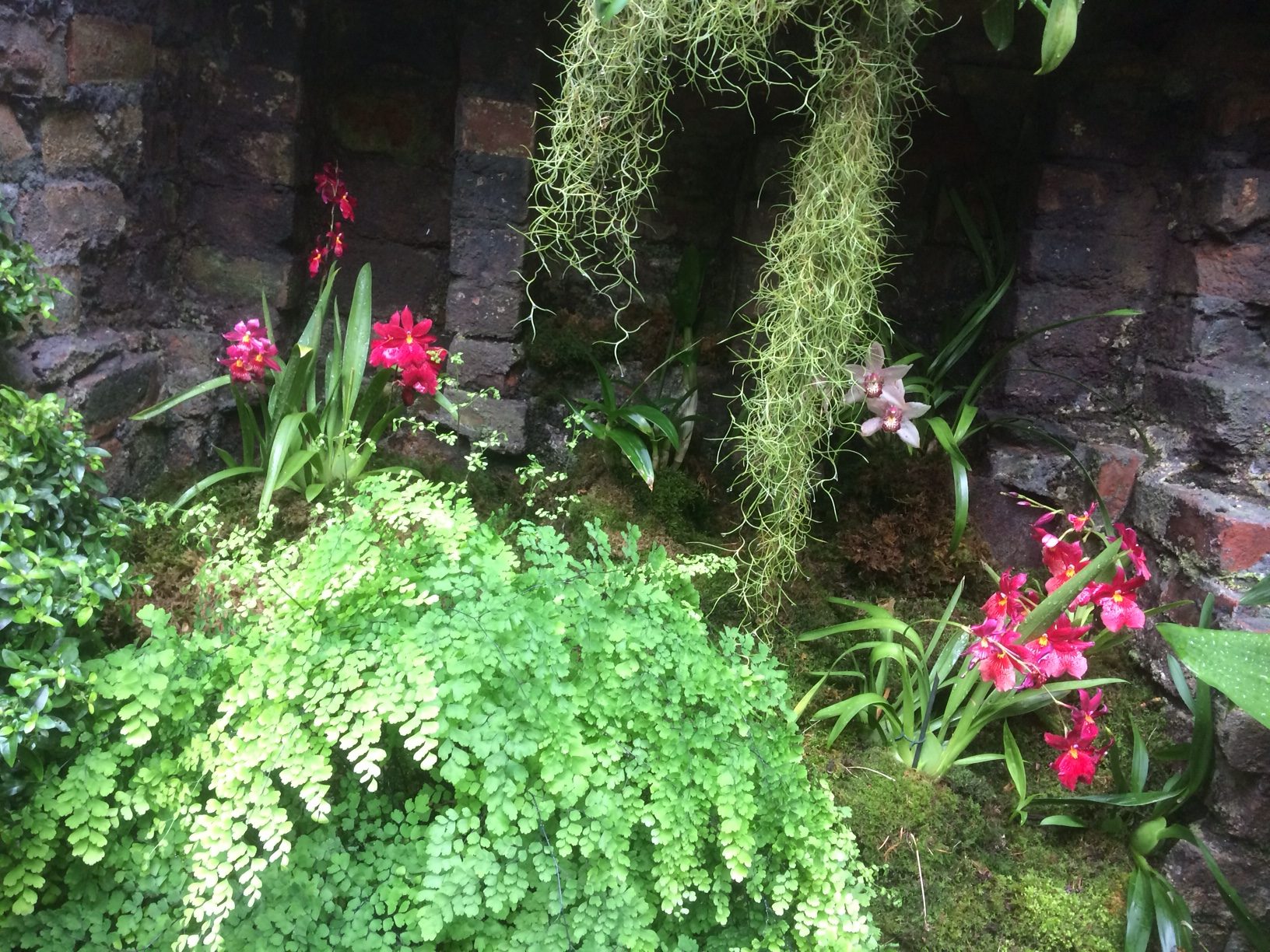 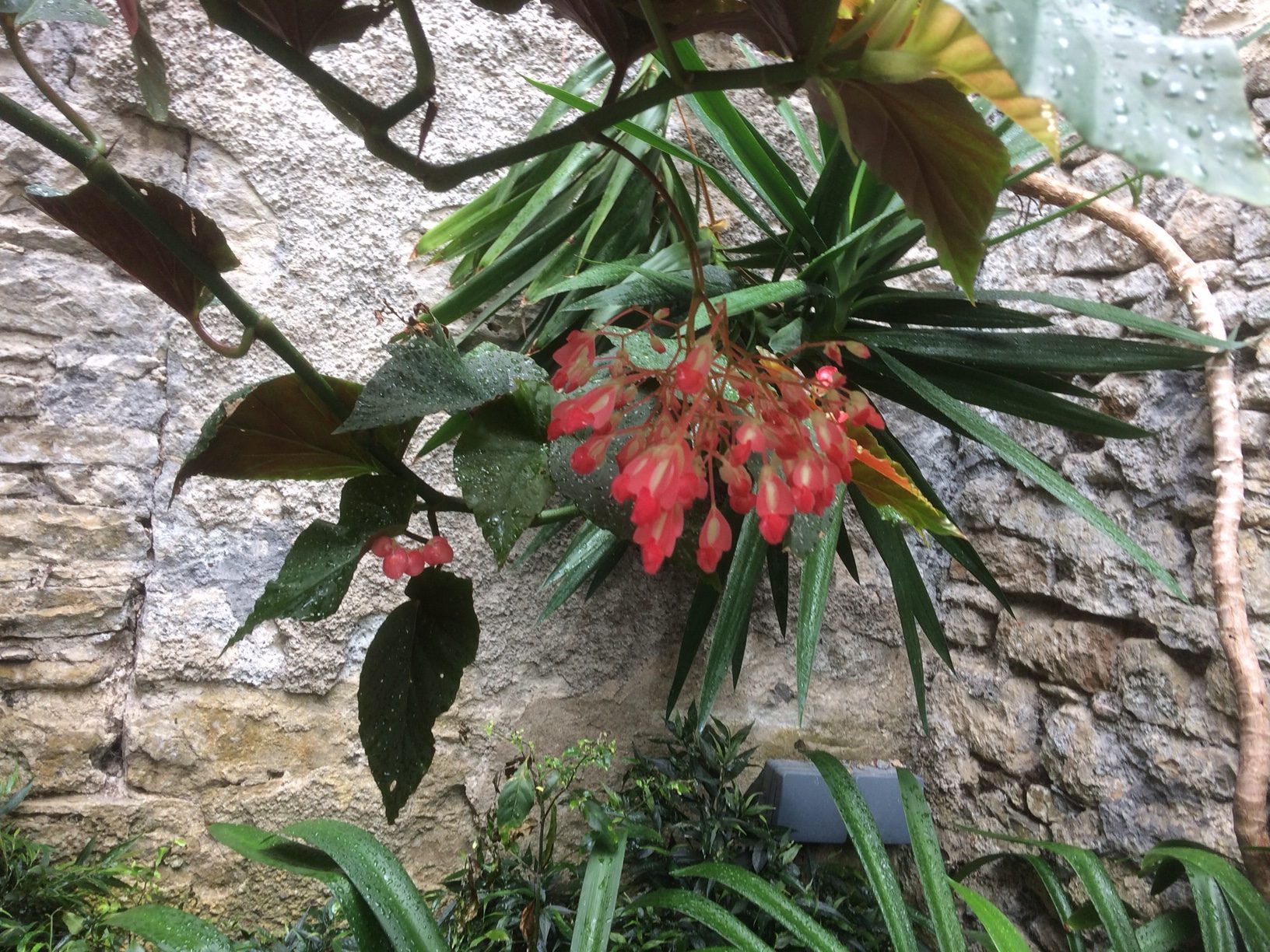 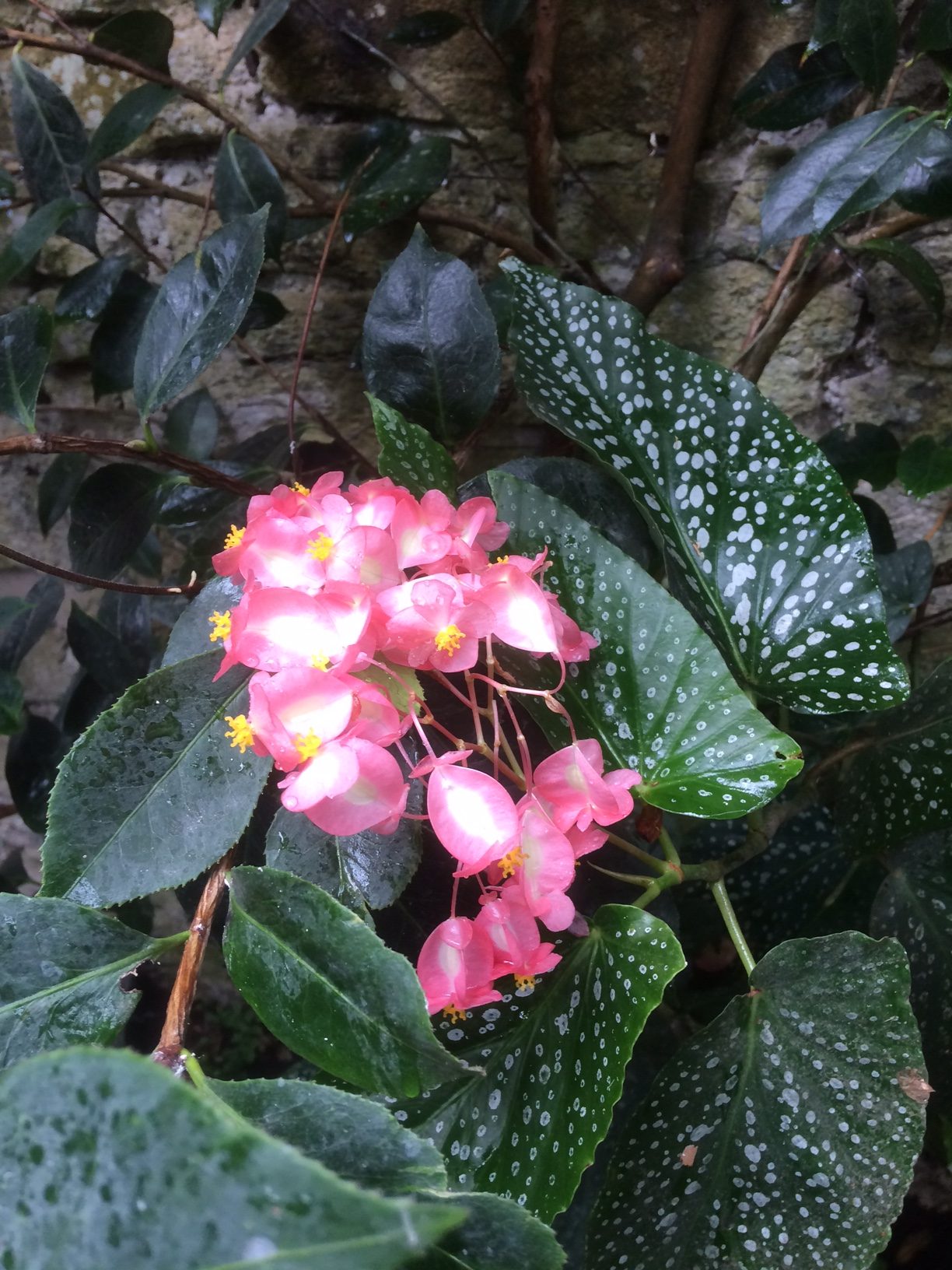 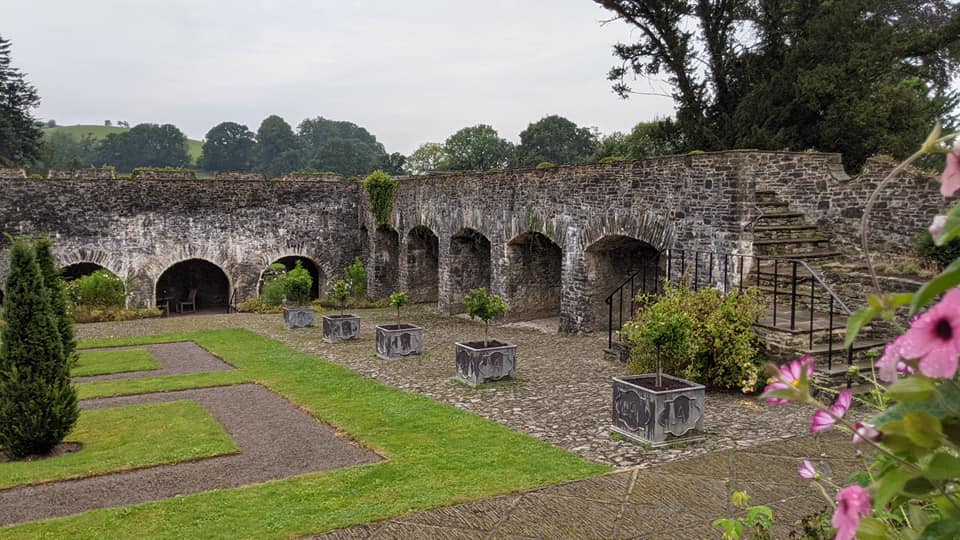 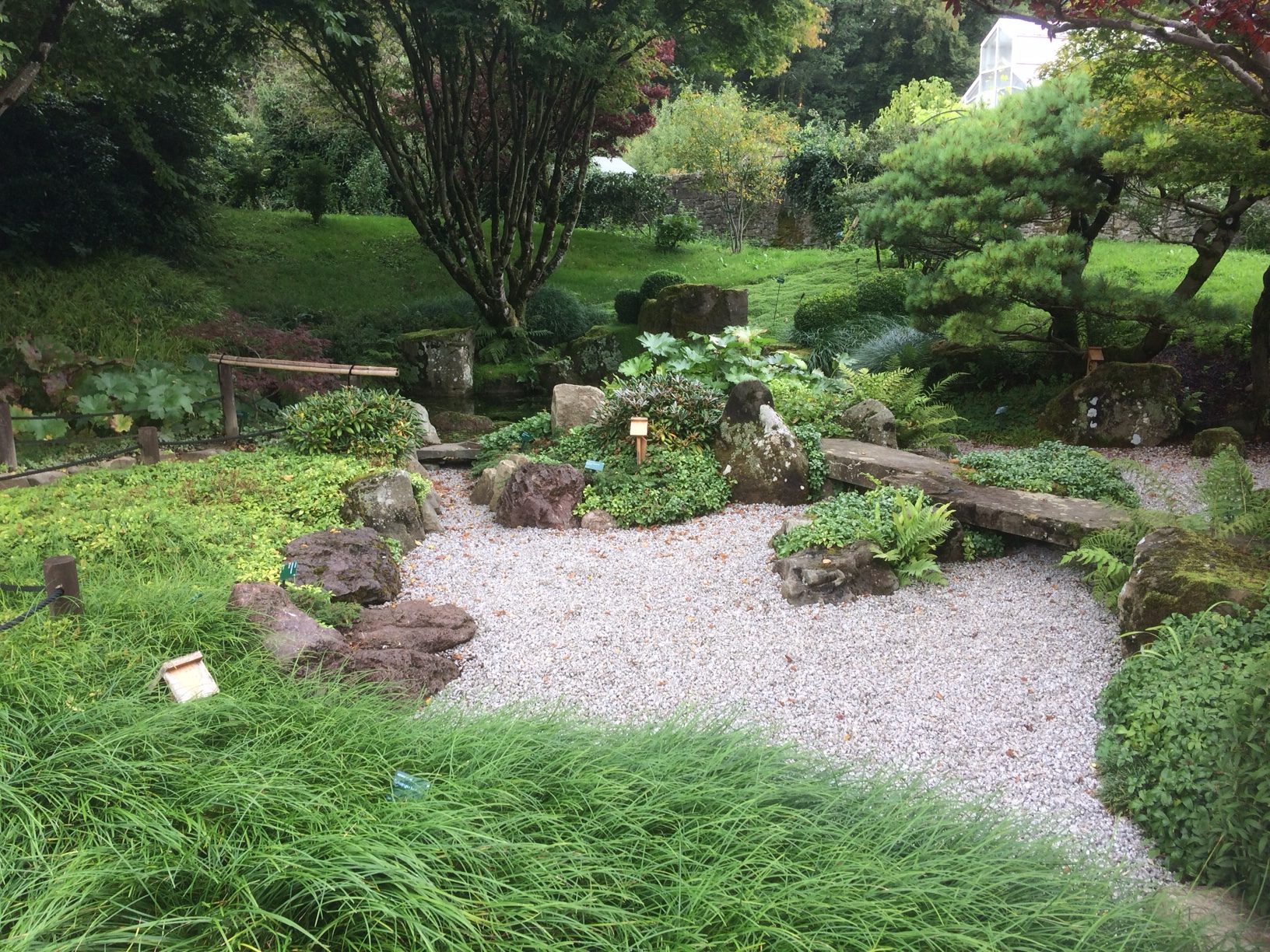 We continued to the National Botanic Garden of Wales for lunch – a hearty vegetable soup, sandwiches and delicious cheese – at the end of which the curator, Will Ritchie, and two senior members of his staff led us on an exploration of the gardens. The Japanese garden had won a Gold medal and Best in Show at RHS Chelsea  in 2001 and was then moved here at the suggestion of the Japanese ambassador.

The enthusiasm of Will and his colleagues for the projects was infectious and an educational bonus was a tour and explanation of the Mediterranean propagation area after going round the main gardens and through the Mediterranean collections in the Great Glasshouse. 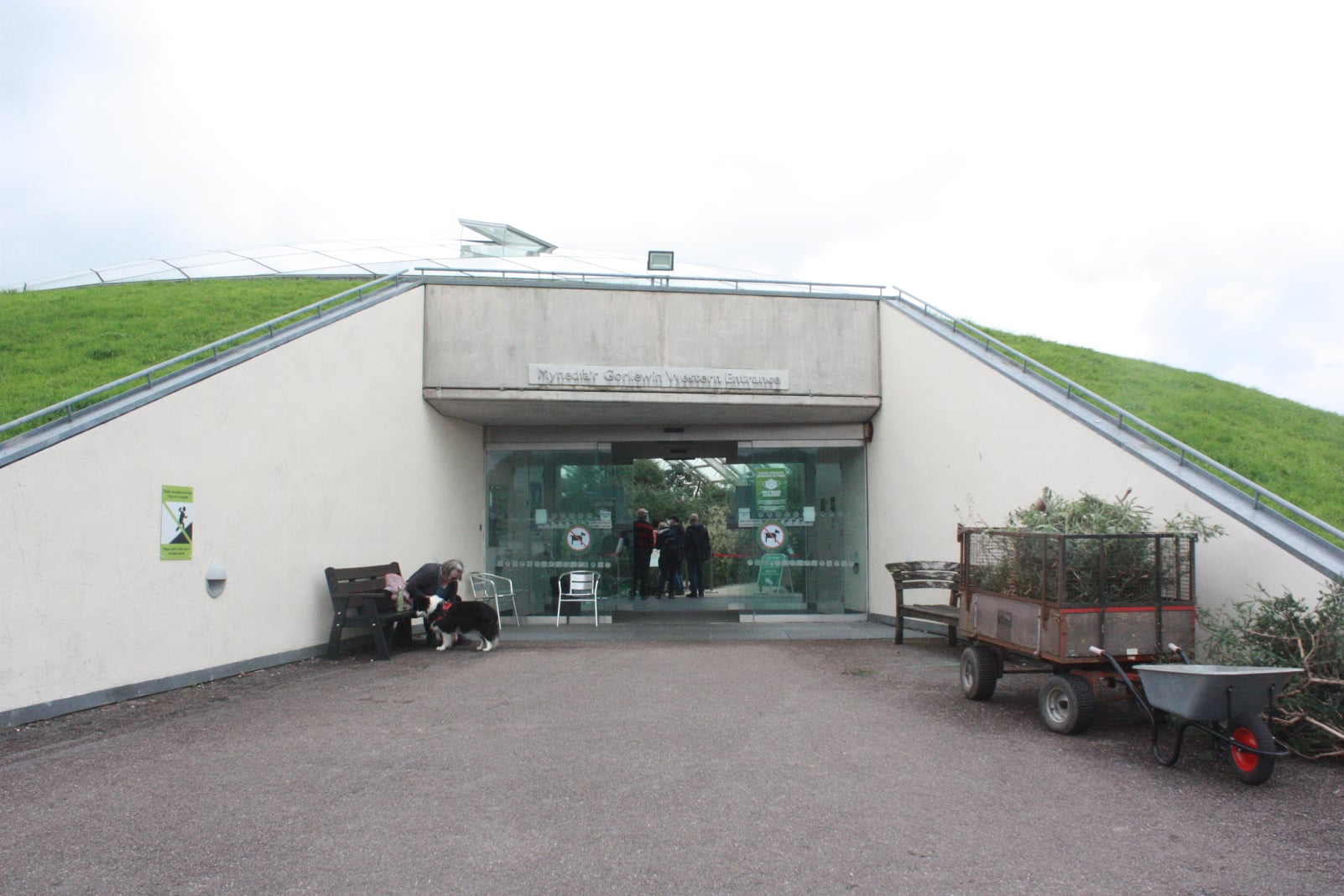 Entrance to the Norman Foster Great Glasshouse, with the largest span of glass in the world 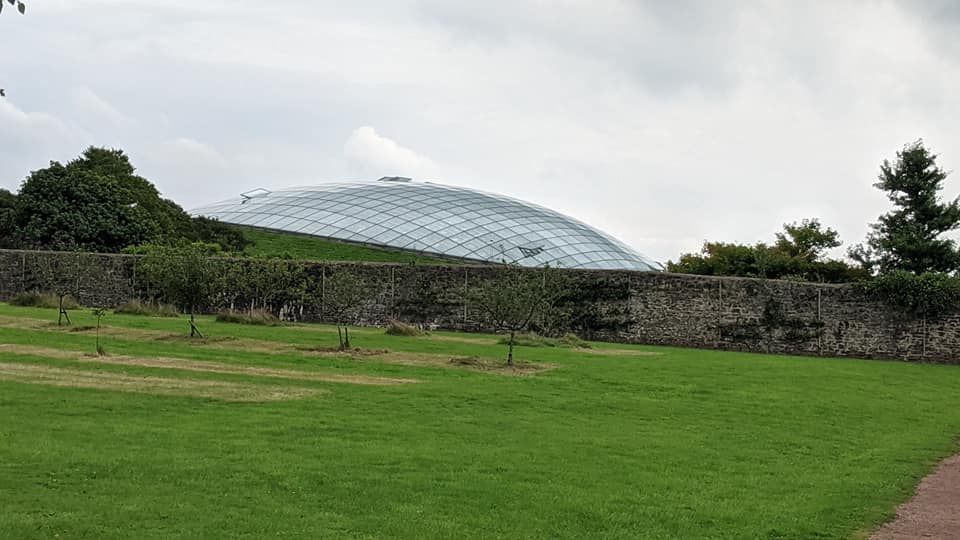 The dome of the Great Glasshouse from a distance 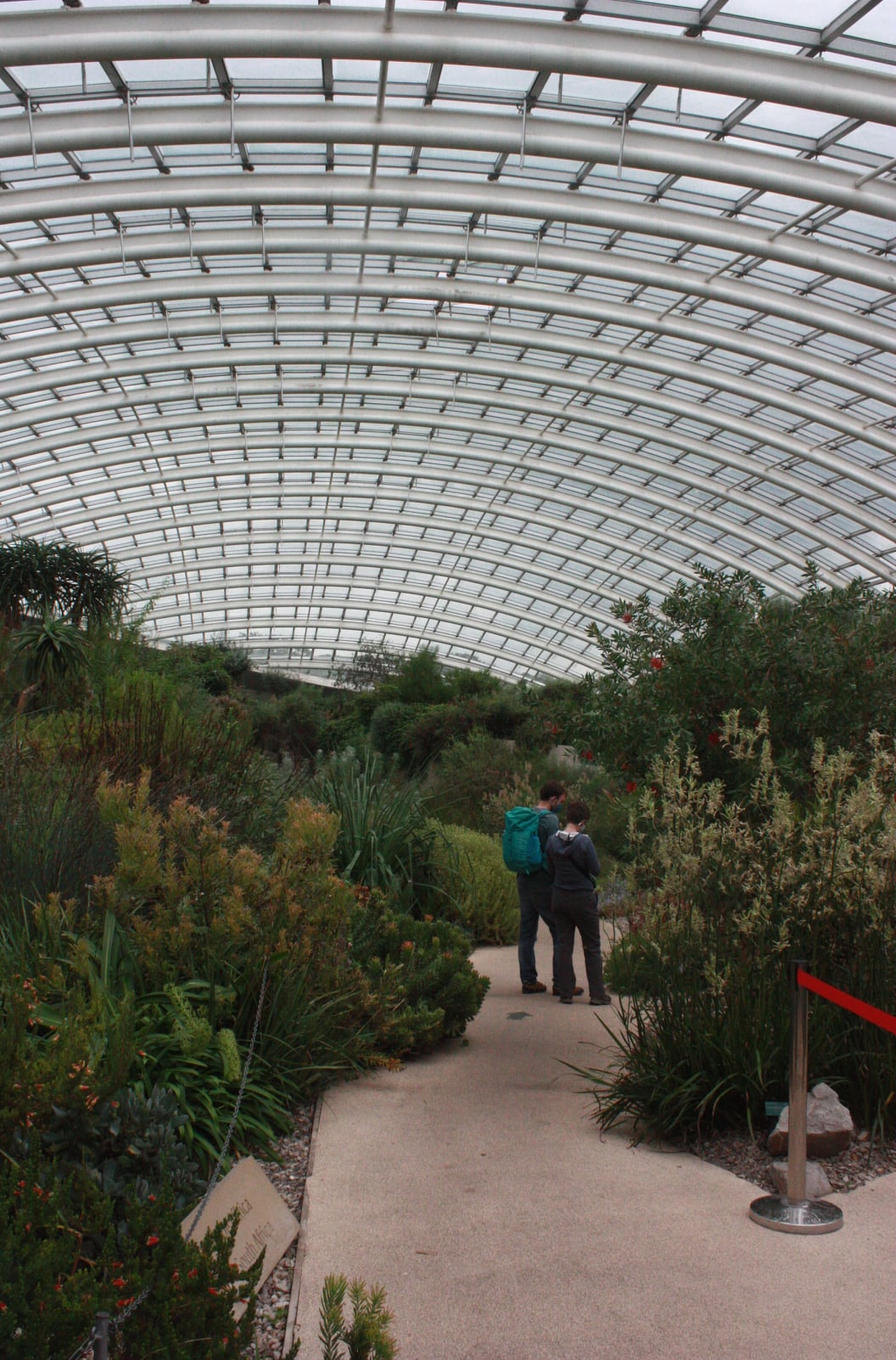 Path through the Mediterranean regions of the world 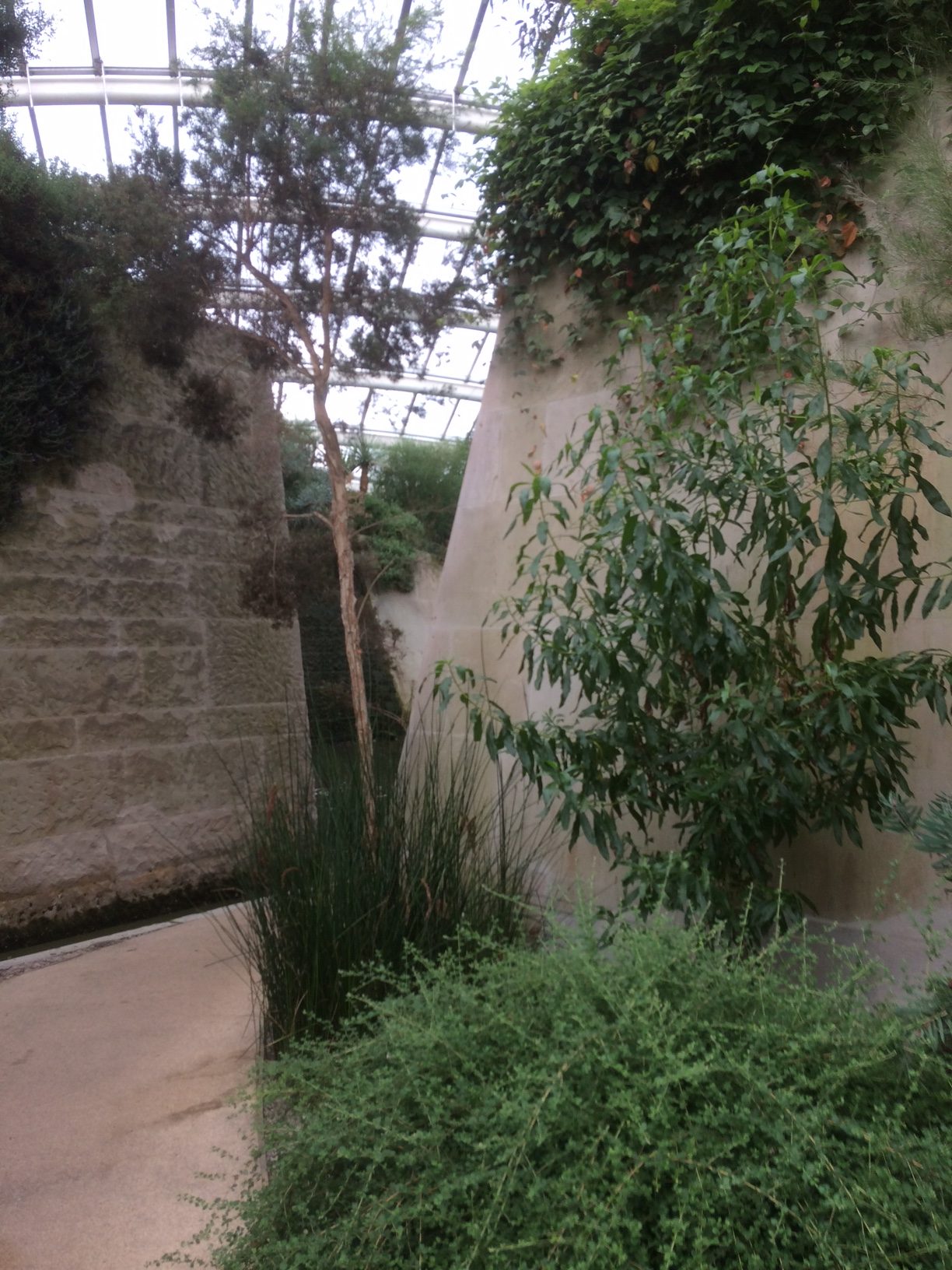 Ravine in the Great Glasshouse 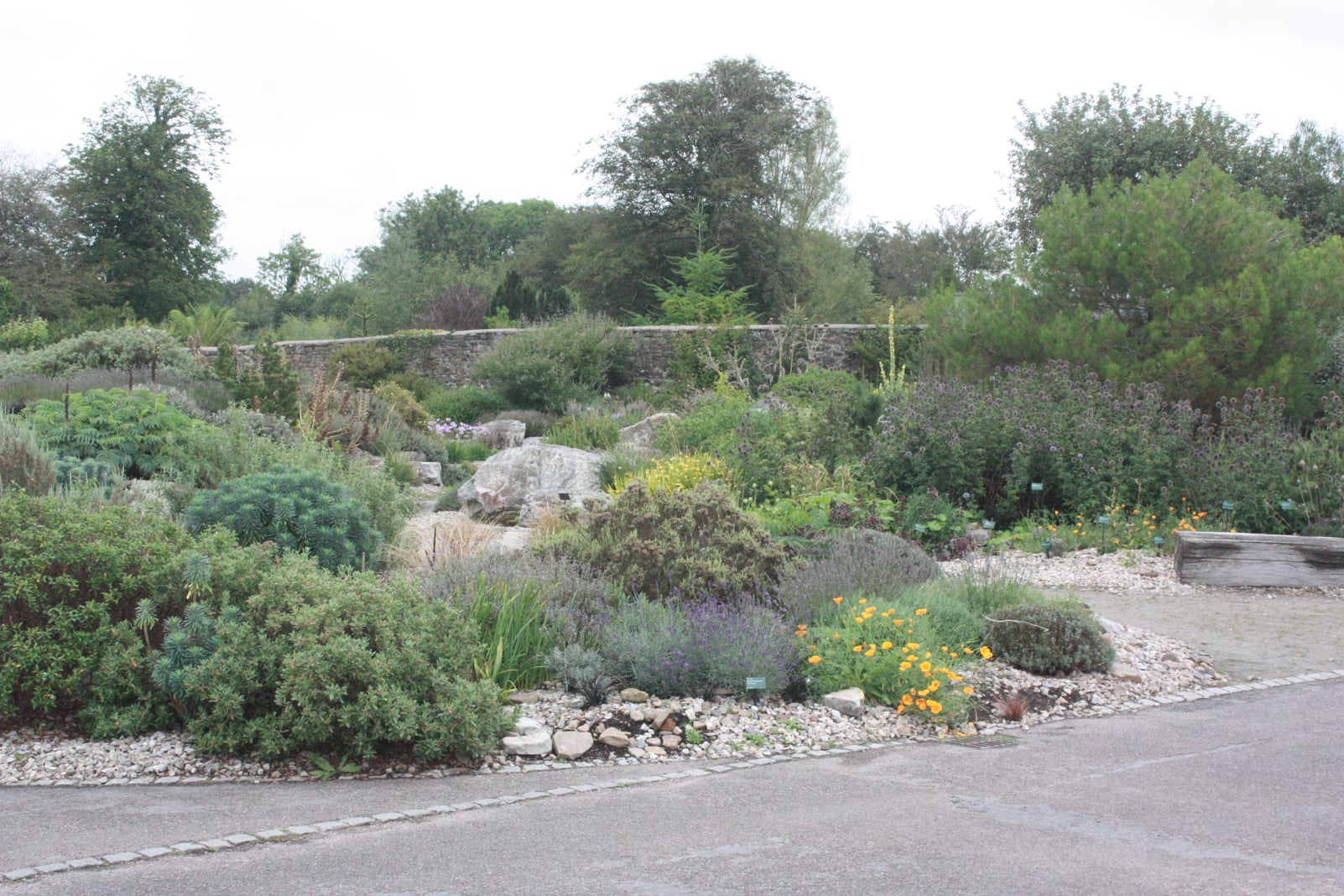 Our second full day included three garden visits. Breakfast from 6.30am and departure from the hotel at 8.20am gave us a good start and members were immaculately on time. We drove 28 miles north from Carmarthen through sparsely populated gentle hills, over a crest by a wind farm at Windy Corner, through villages, and into a private road to the house, farm and mineral-water-bottling plant of Llanllyr. Our hostess, Loveday Lewes Gee, runs the garden; one son Matthew farms cattle and sheep; and the other son Patrick owns the mineral-water business. Three households live in one extensive house. 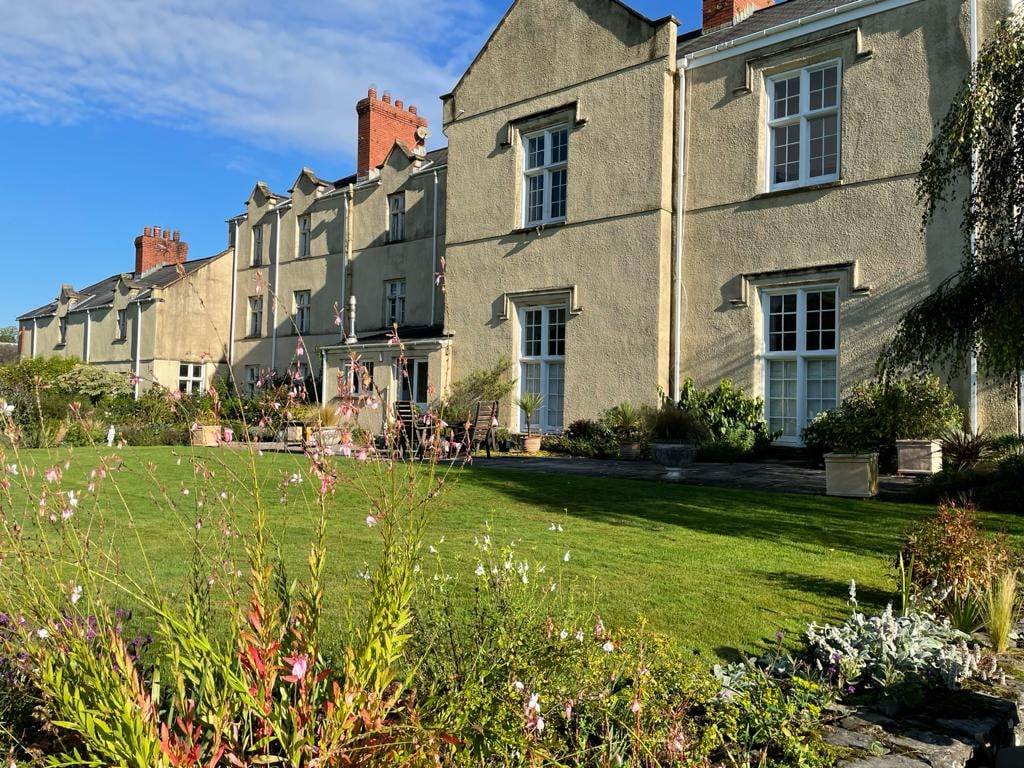 The garden was created by Loveday in the 1980s but the site has been occupied for hundreds of years, having been a Cistercian nunnery in the 12th century. She based the rill and water garden on ideas from Italy, a country she grew to love. Her parents were not interested in gardening but an Italian prisoner of war who was helping in the garden and on the farm during World War 2 taught her to enjoy gardening and to keep garden tools clean! 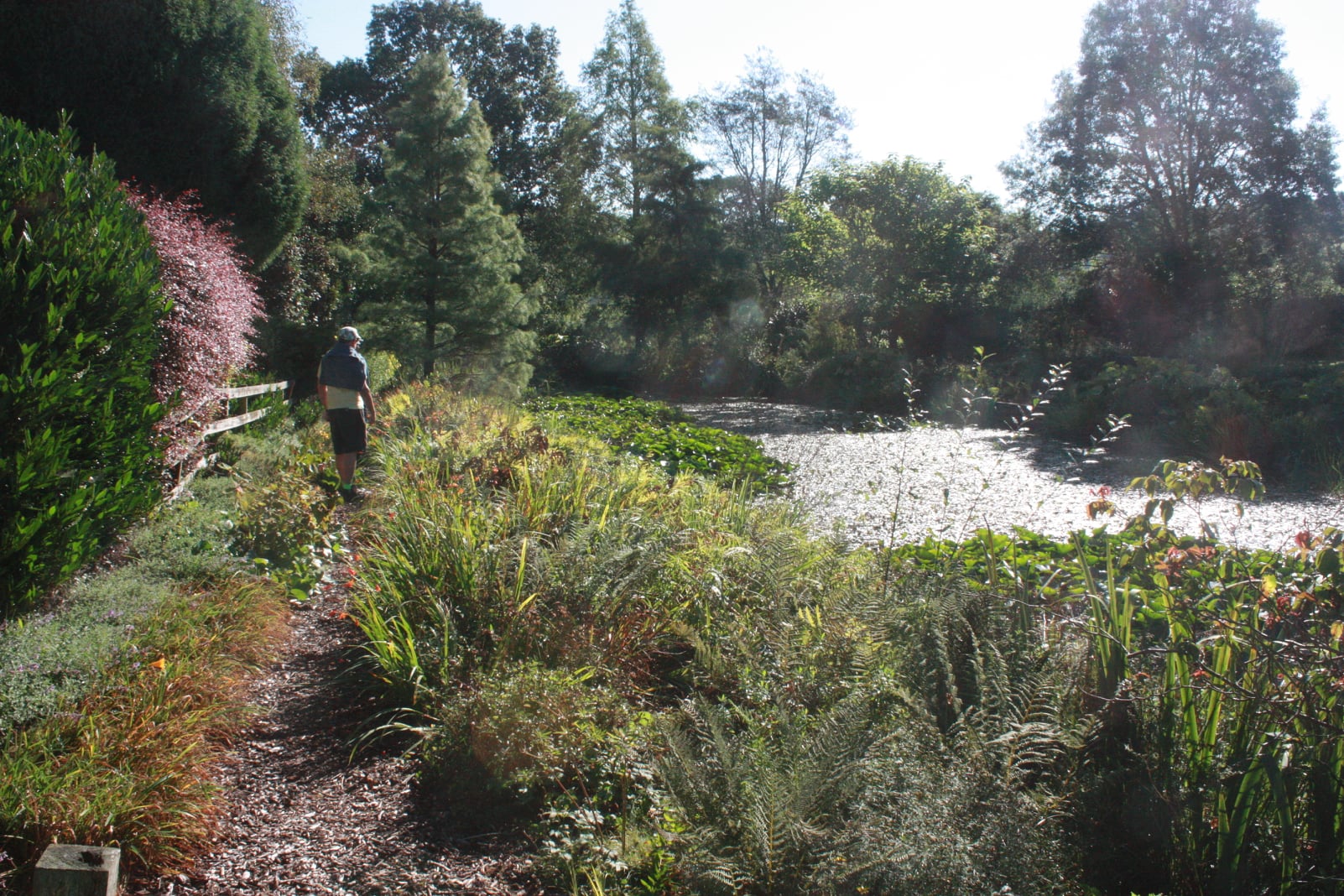 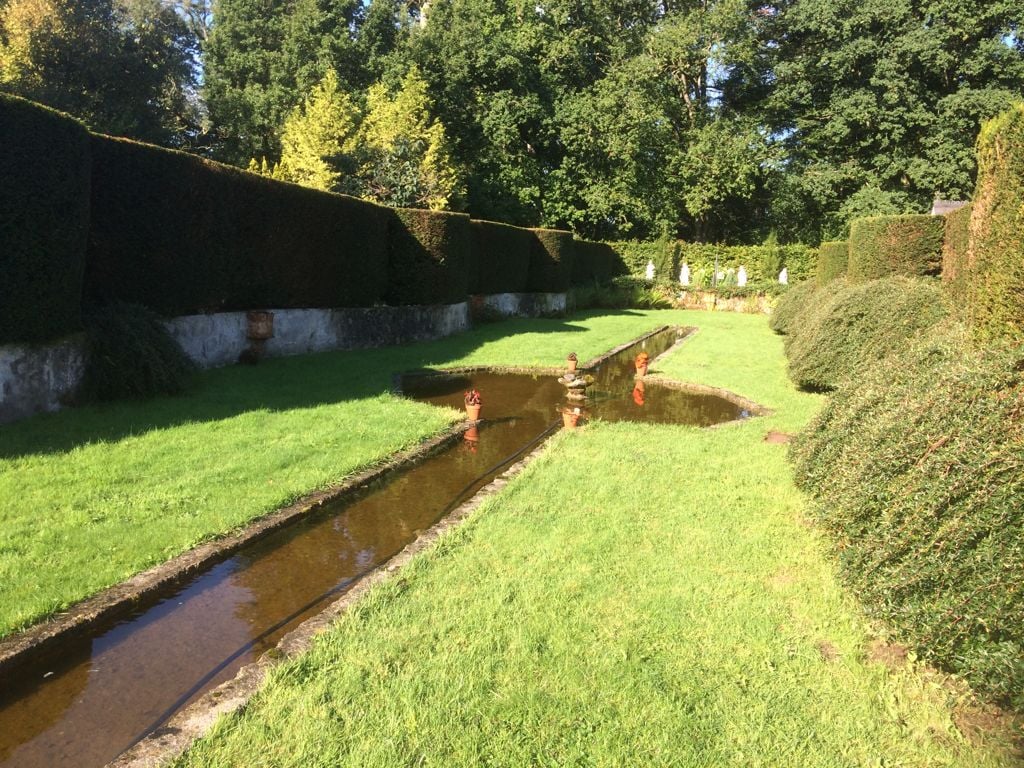 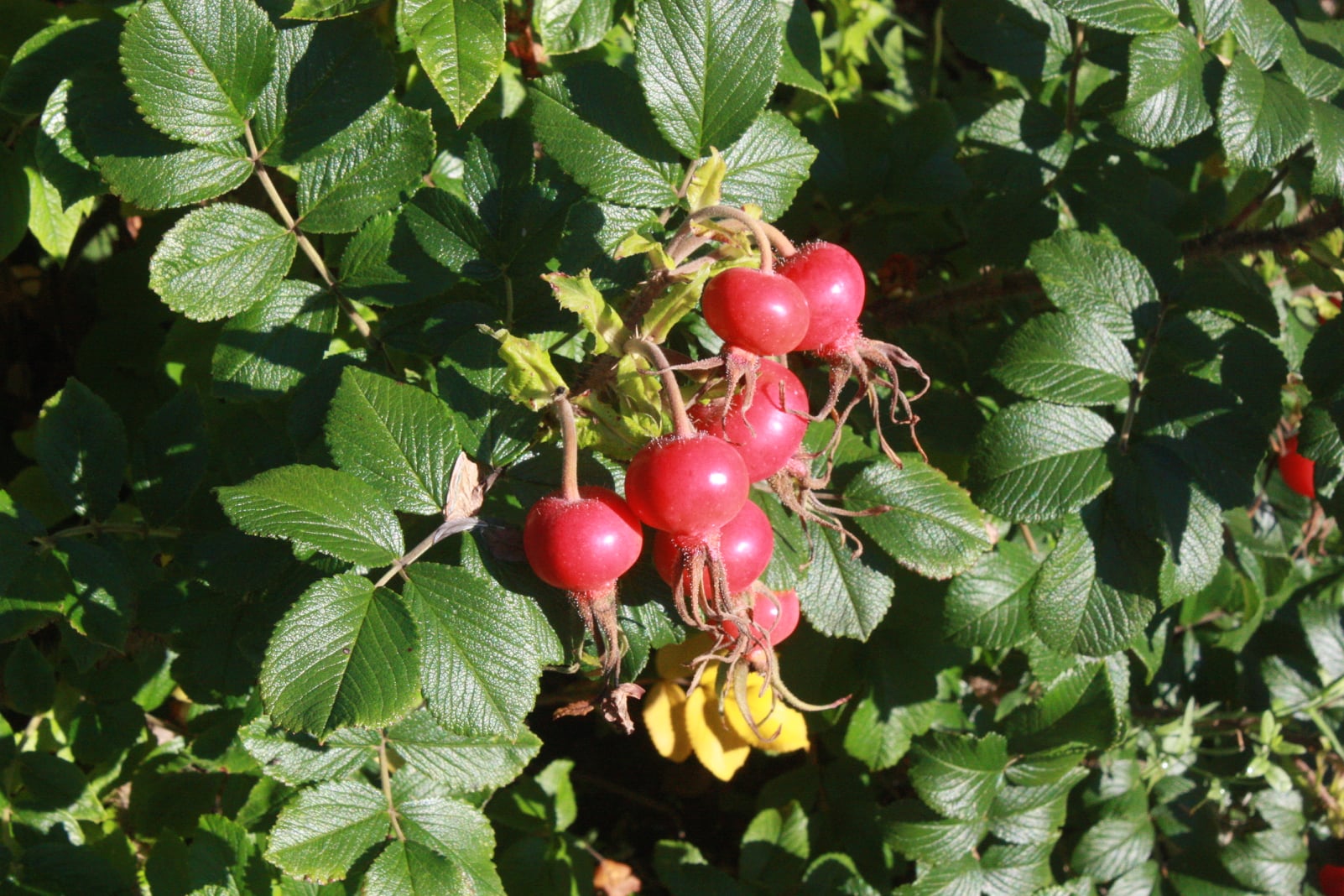 After coffee, tea and biscuits at Llanllyr our 49-seater coach took us on to a point on the main road between Newport Pembrokeshire and Fishguard where we transferred into two smaller vehicles to go down the small lanes to the next garden, Dyffryn Fernant. 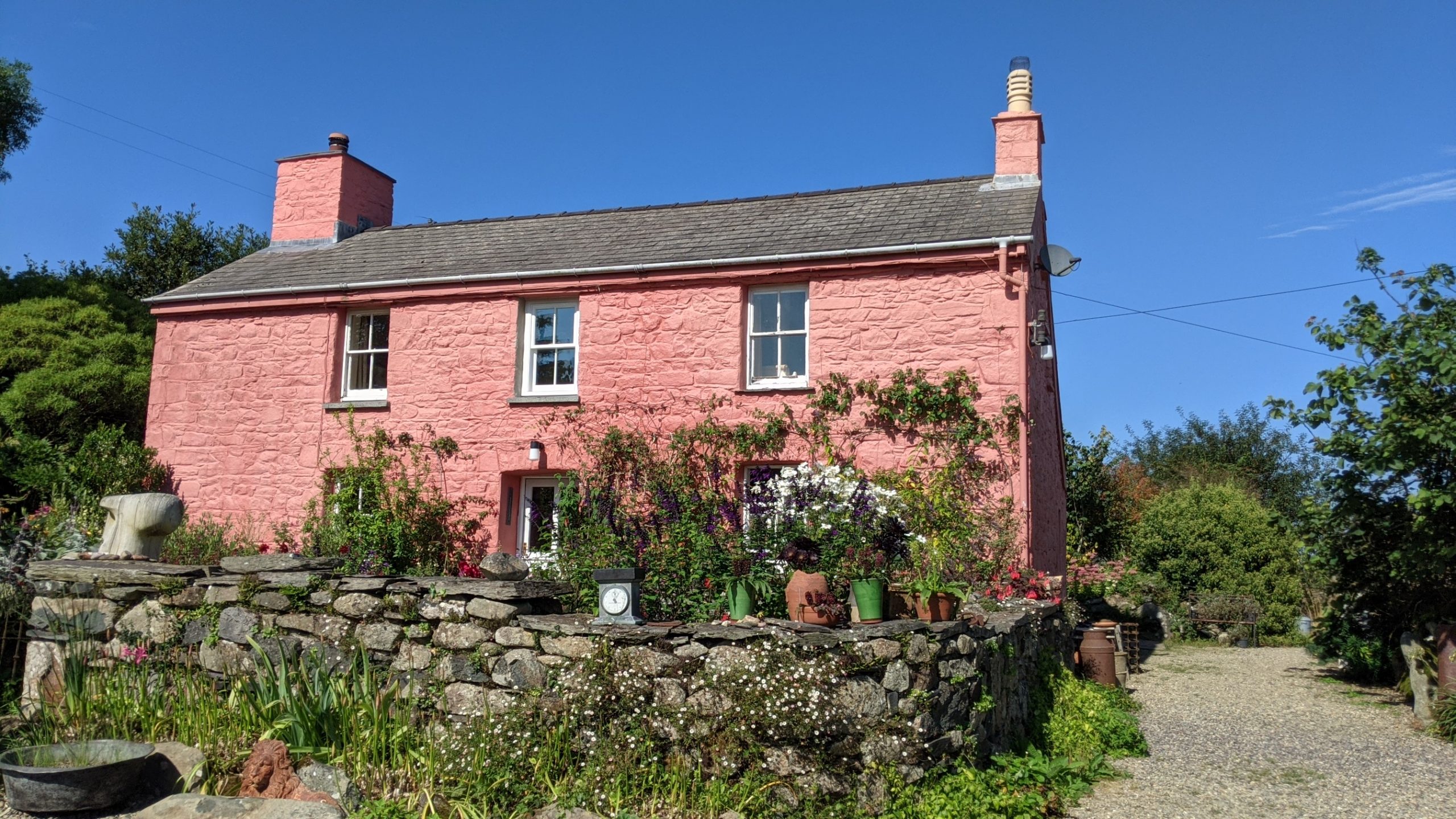 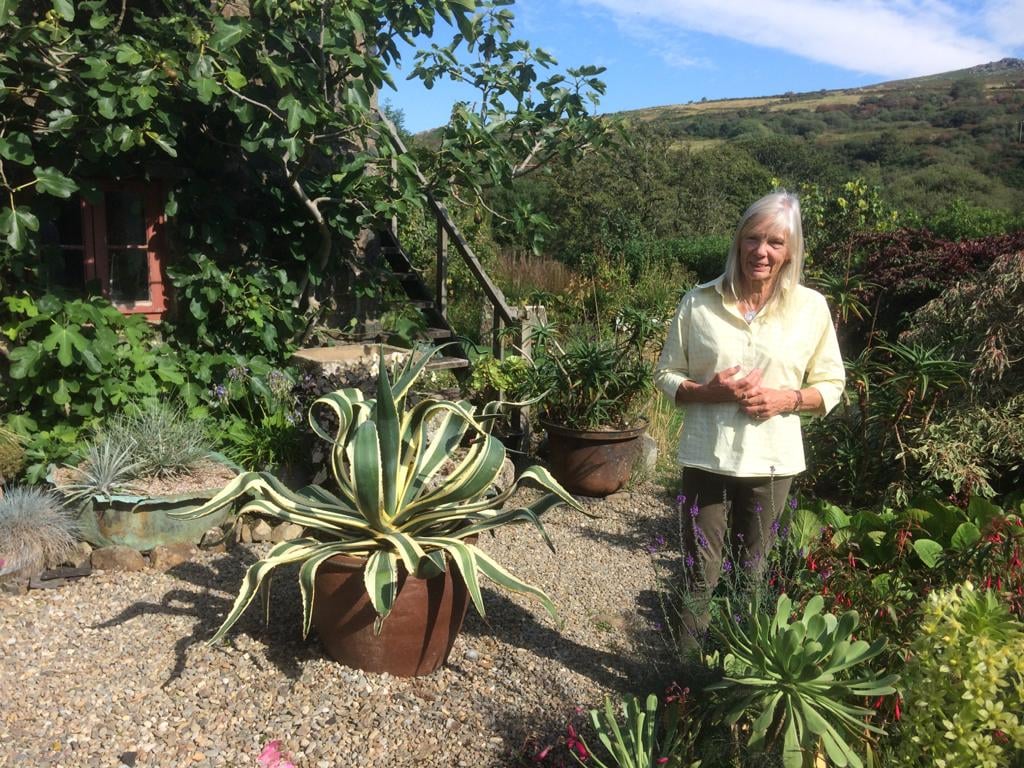 It was lovely to be met by Graham Kendall, who has guided trips in Greece for many years, notably the MPG week in 2017. Graham is an occasional volunteer in this garden. We walked on to the house where we were met by the designer and owner of the garden, Christina Shand, who gave us delicious picnic lunches prepared by a delicatessen restaurant in Newport. Christina told us we should explore individually, essential because of the narrow paths, and suggested we look at the wild-flower meadows and pond, the front garden, magic garden (for its views), kitchen garden, front garden.
Some of our group were fascinated by the ornamental copper, originally a still, nestling at the edge of the front garden. 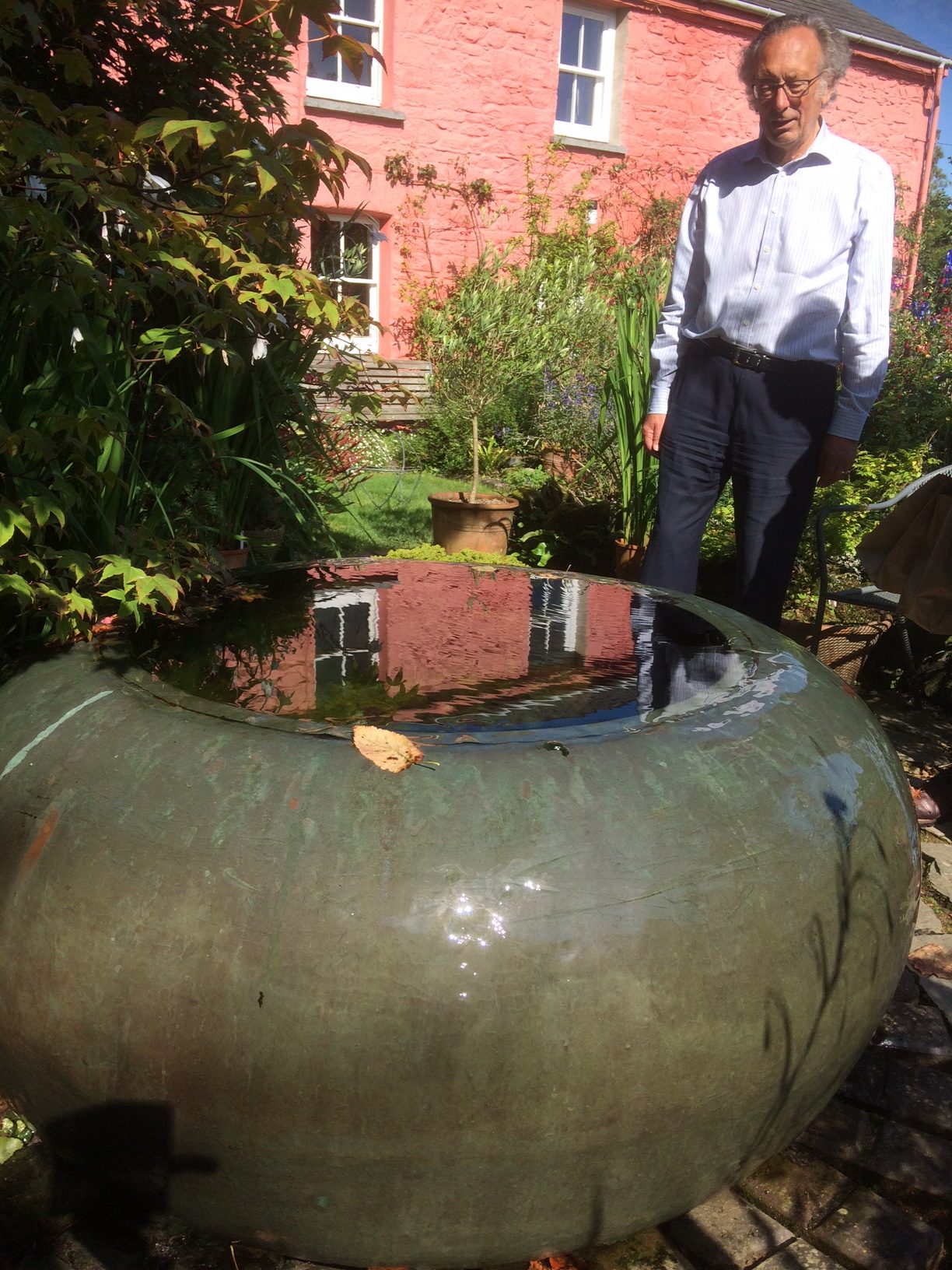 We would have enjoyed a longer stay and didn’t have enough time to do justice to Dyffryn Fernant even though we left later than intended.

We phoned ahead to tell the administrator at Picton Castle, the final garden of the tour, that we would be a little late so were delighted to arrive and find Head Gardener Roddy Milne waiting for us. He immediately said we could stay on after the normal closing time (5pm) and took us on a fantastic tour, accompanied by the new assistant head gardener Matt Clegg. Roddy led us along woodland paths where there were many fine mature trees, hydrangeas in flower and new plantings of trees from the International Conifer Conservation Programme, based at the Royal Botanic Garden Edinburgh. Roddy took us round some of the lower woods and lawns then back up through the walled gardens, greenhouse and fernery. It was a supremely good tour. 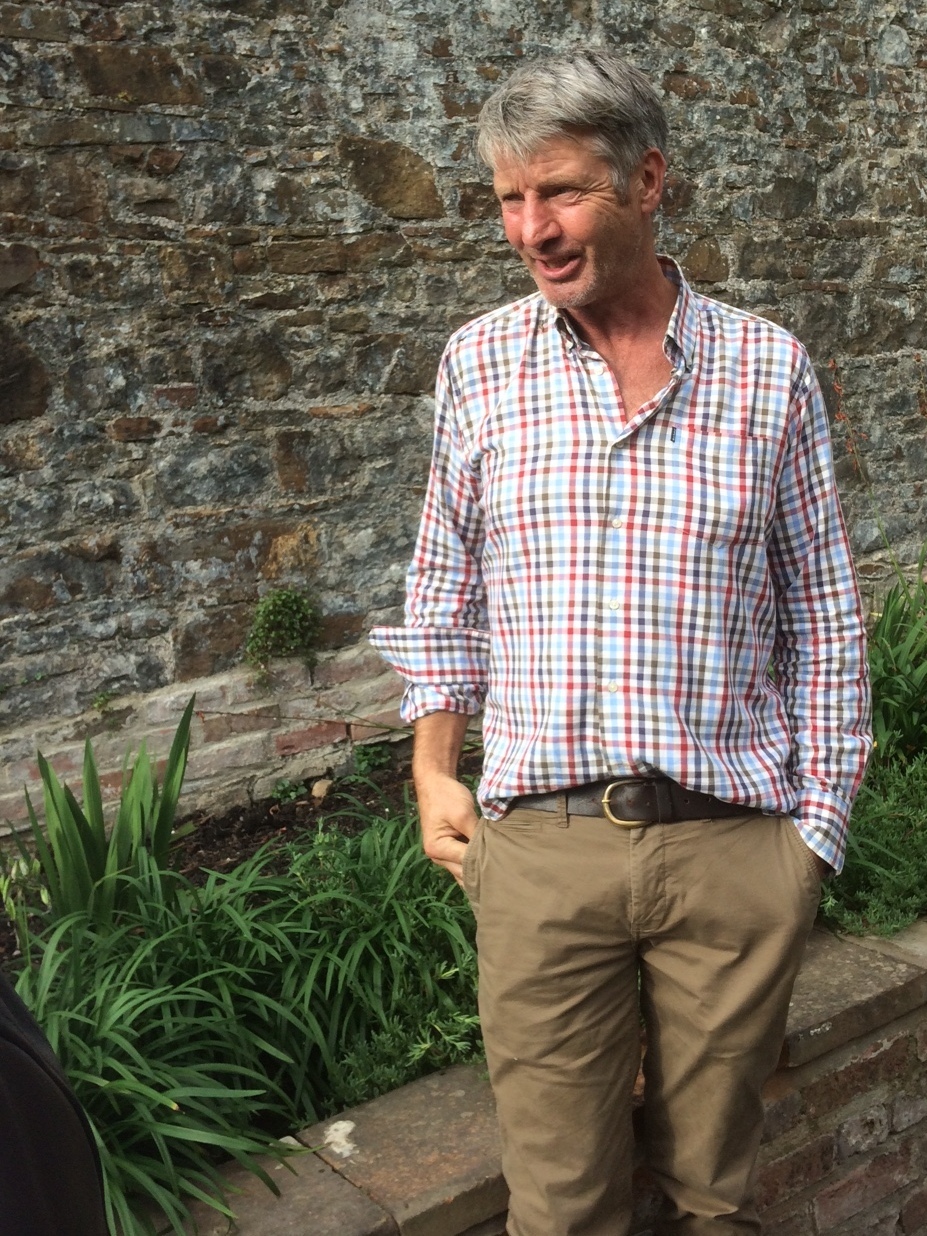 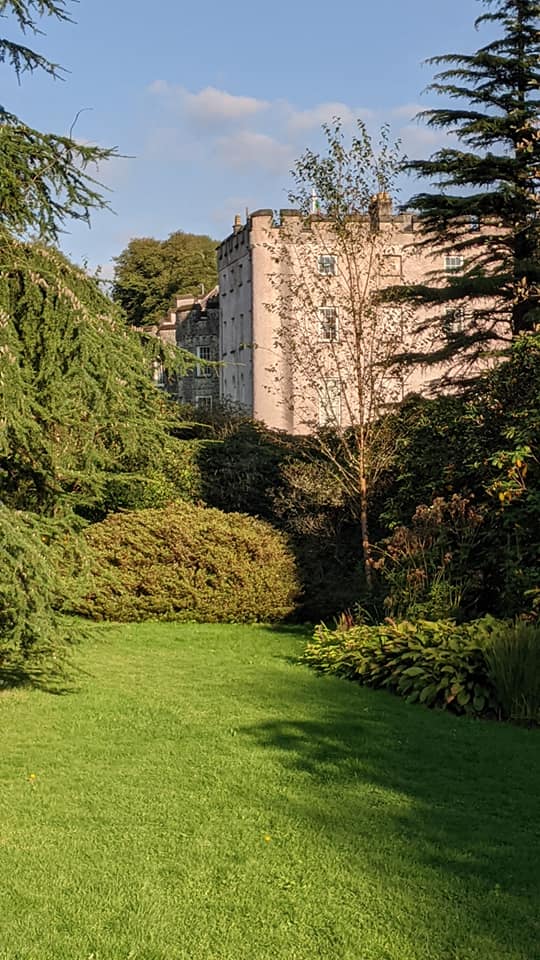 The castle from lower wood 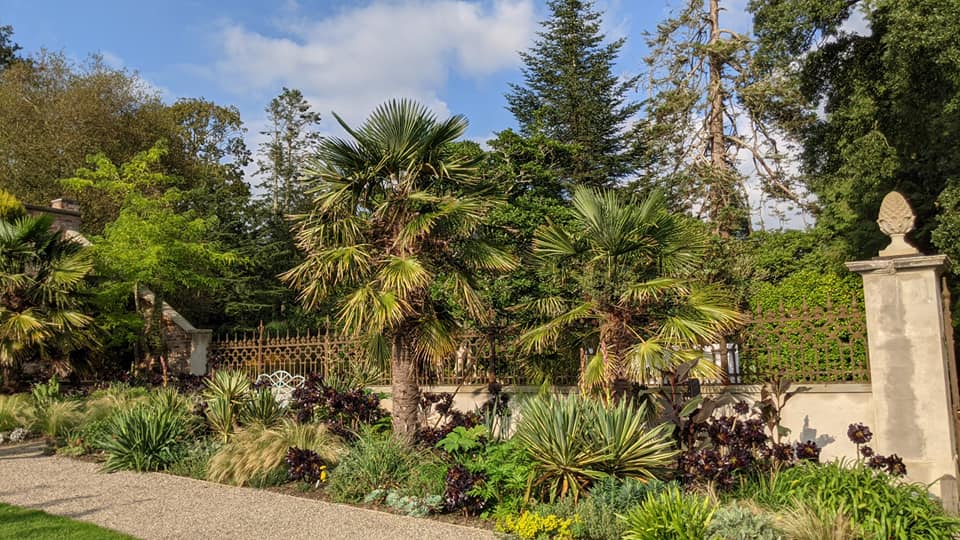 Inside the walled garden 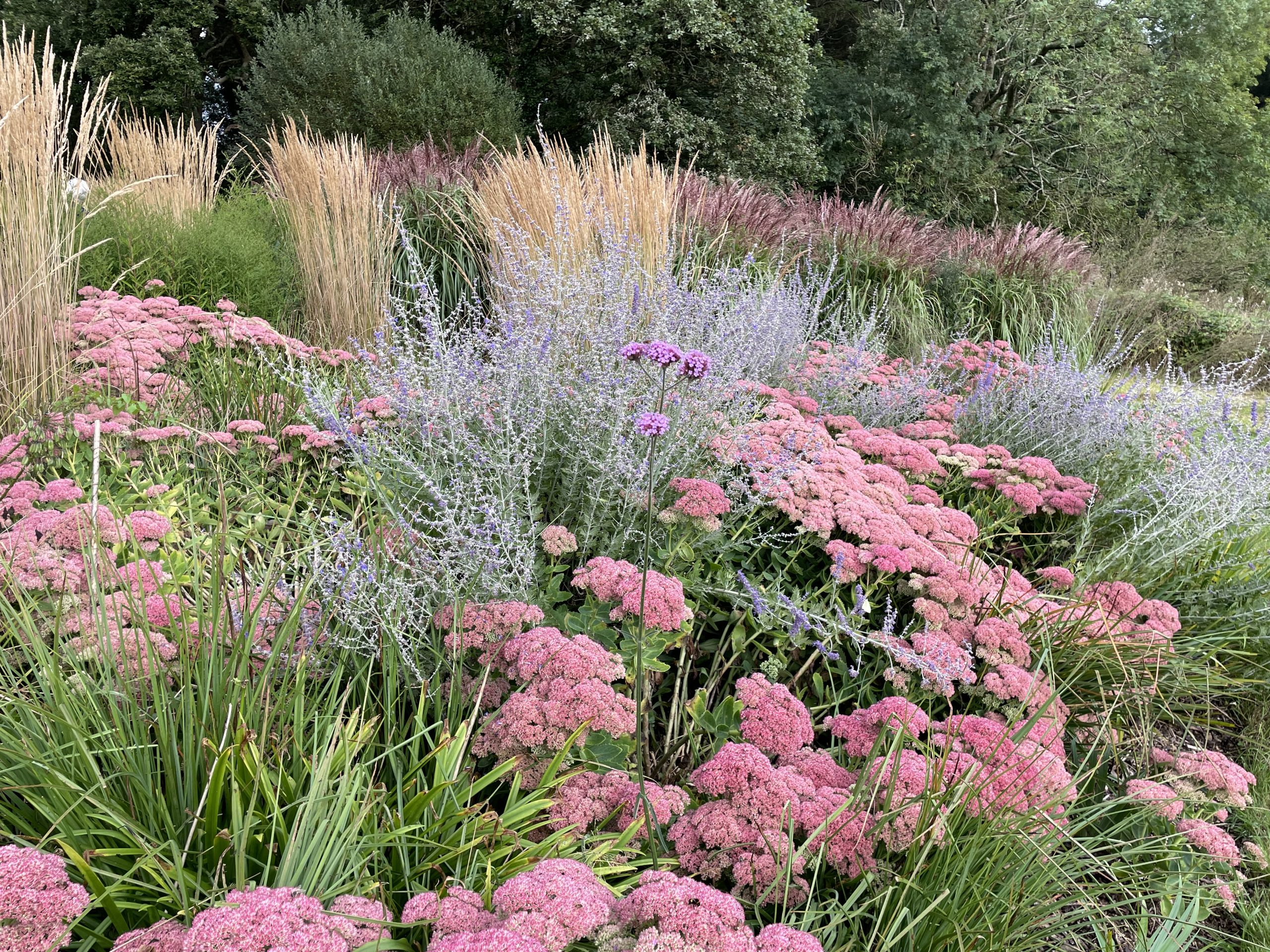 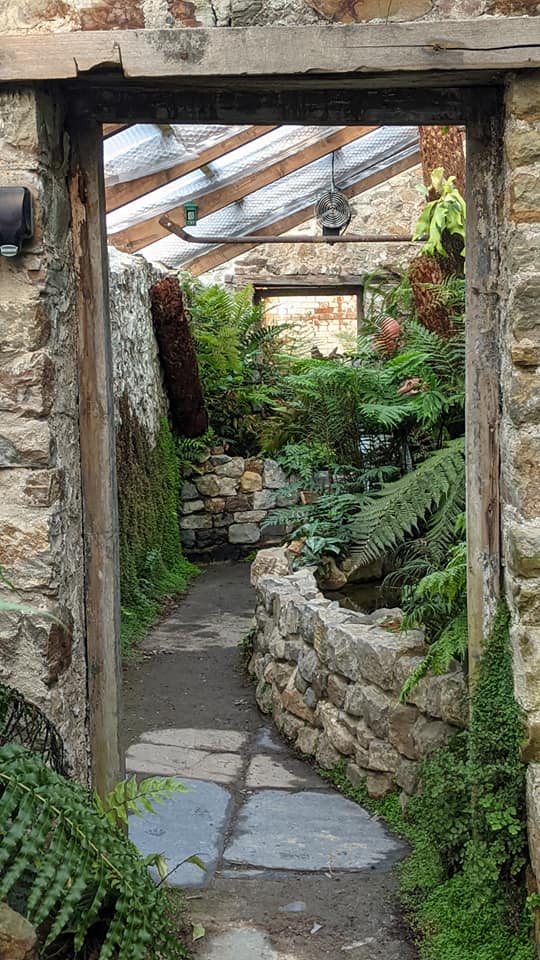