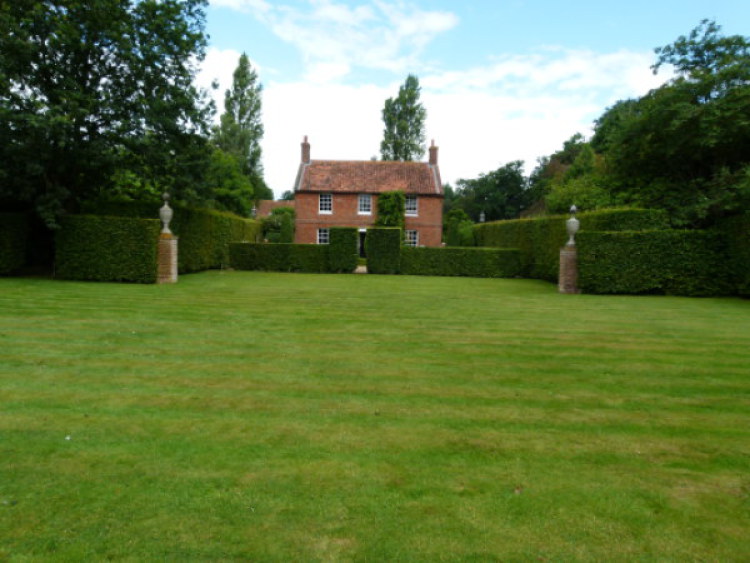 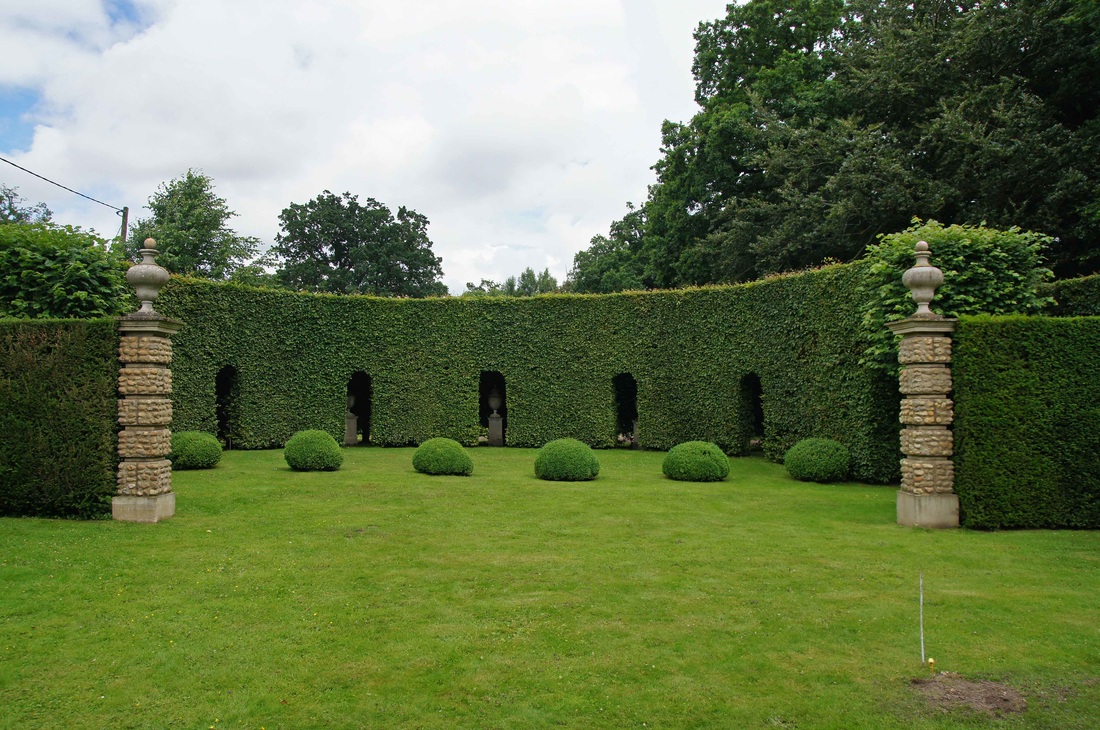 This private garden owned by the established garden designer and historian George Carter is cleverly designed using clipped bushes and hedges, deliberately devoid of flowers and with interesting outbuildings and ornaments. Shapes are geometric – hedges, arches and free-standing. 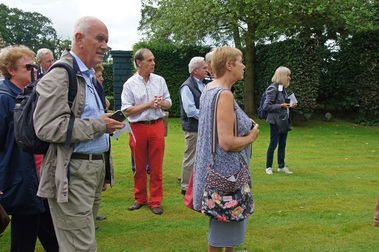 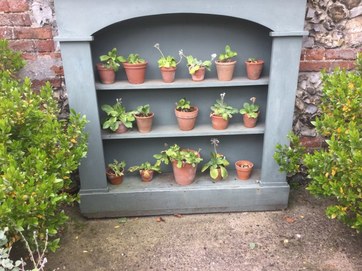 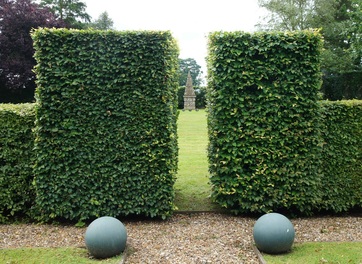 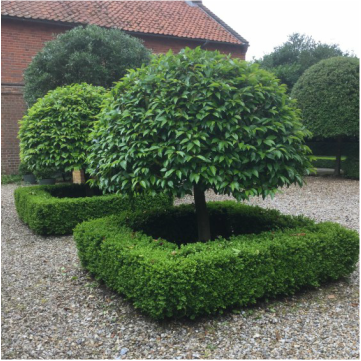 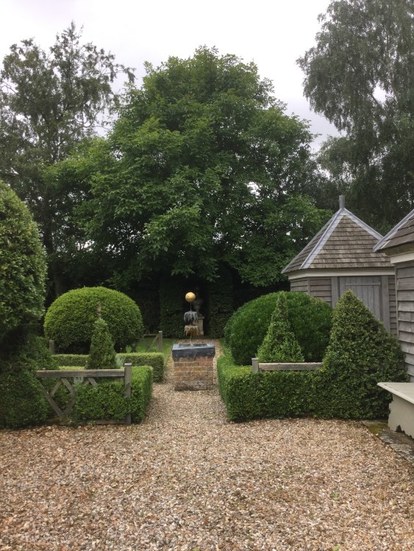 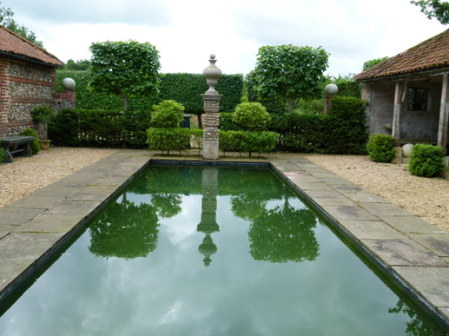 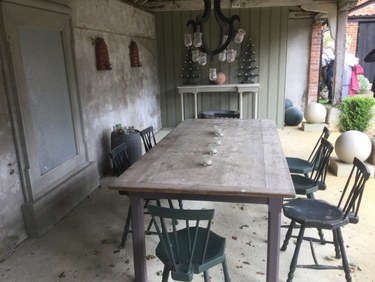 The inspiration came from 17th century Dutch gardens where the key aims were the creation of different spaces and the contrast between light and dark and open and closed. The plants also reflect this period and included UK and Mediterranean natives. Again there is a variety of statuary designed by the owner and made up by local craftsmen.

​​As with the Mill garden I liked having calm green spaces. I enjoyed less the lack of colour. It was very tidy and rather static. One of our group asked wistfully, “Where are the bees?”

Lunch
For lunch we drove to North Elmham Village Hall for a wonderful lunch provided by the local Women’s Institute. They really did us proud with nicely laid tables, a substantial main course and then, in typically WI fashion, a fantastic choice of desserts.

​Dragging ourselves away from the temptation of second or third helpings of the desserts, we drove on to Dale Farm which could not be a greater contrast to the previous garden. It is owned and run by Graham and Sally Watts who bought the house and land in 2006. Graham has the respected Kew Diploma and Sally trained in floristry. Sally is responsible for the propagation, the fruit and vegetable while Graham said he manages the ‘pond’. 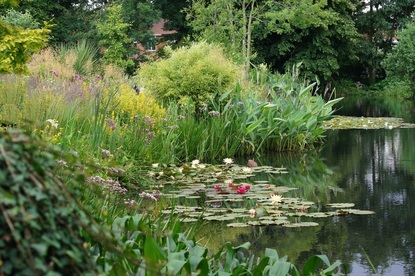 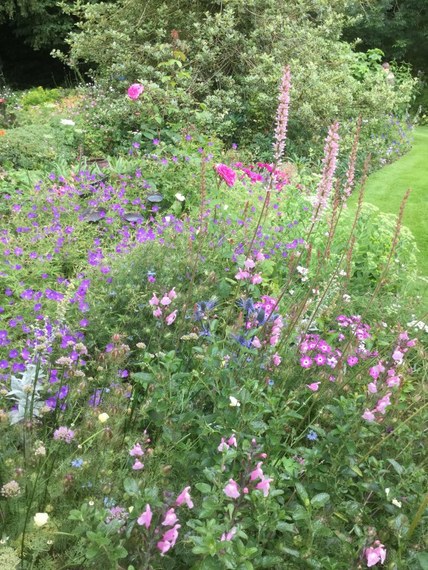 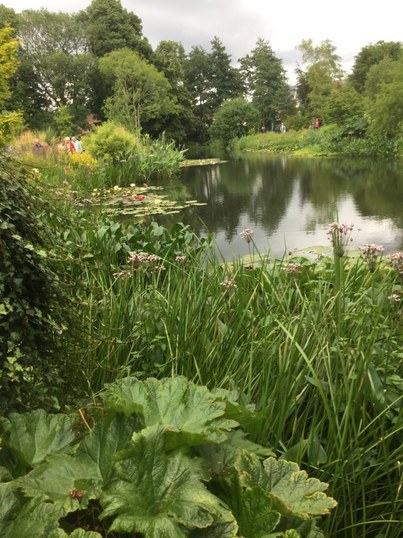 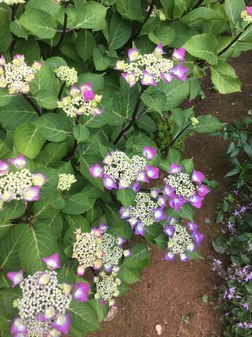 The garden has shady areas at the front and then a much larger area behind with enormous herbaceous beds as well as the large pond almost a small lake which used to be a gravel pit. This adds immeasurably to the attractiveness of the garden and is a haven for aquatic and bird wildlife. Everywhere was a riot of colour and growth when we visited. It is full of plants and flowers (950 species we were told) and scents. Some of it is perhaps overcrowded but this is a garden whose owners love it and want it to have richness and abundance and to share that with others. The generous hospitality continued with tea and scrumptious cakes before we left for our last visit of the day. 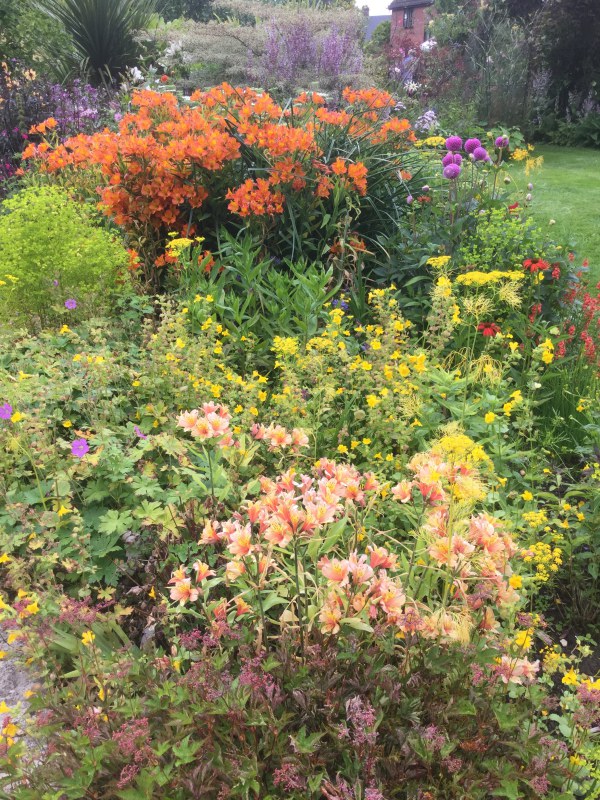 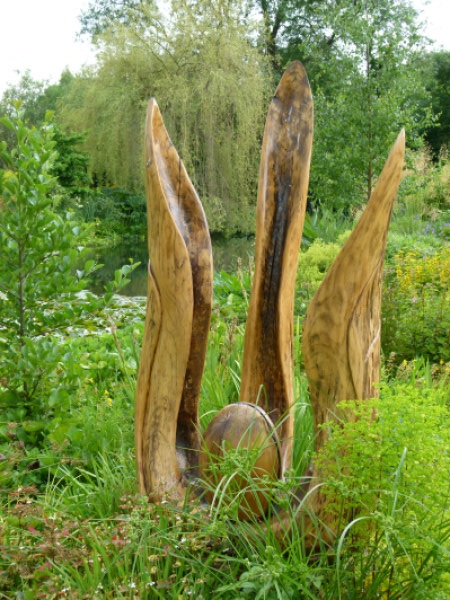 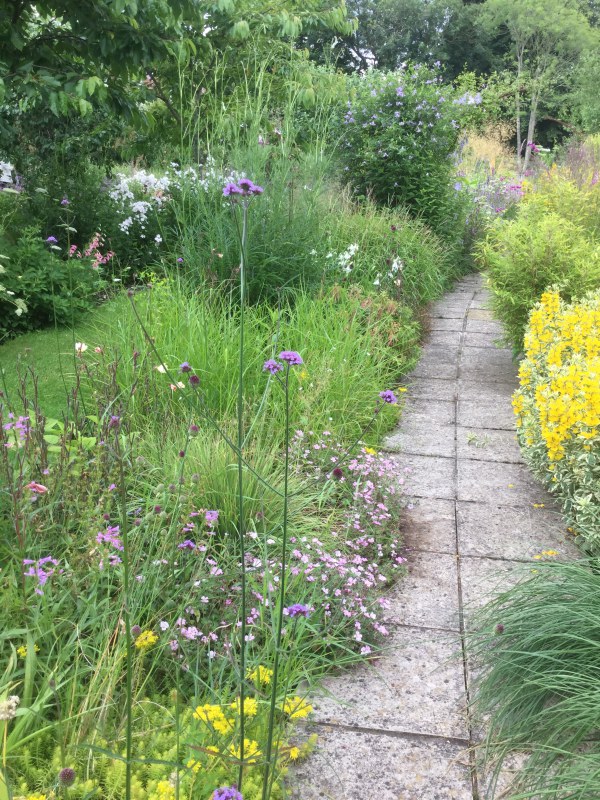 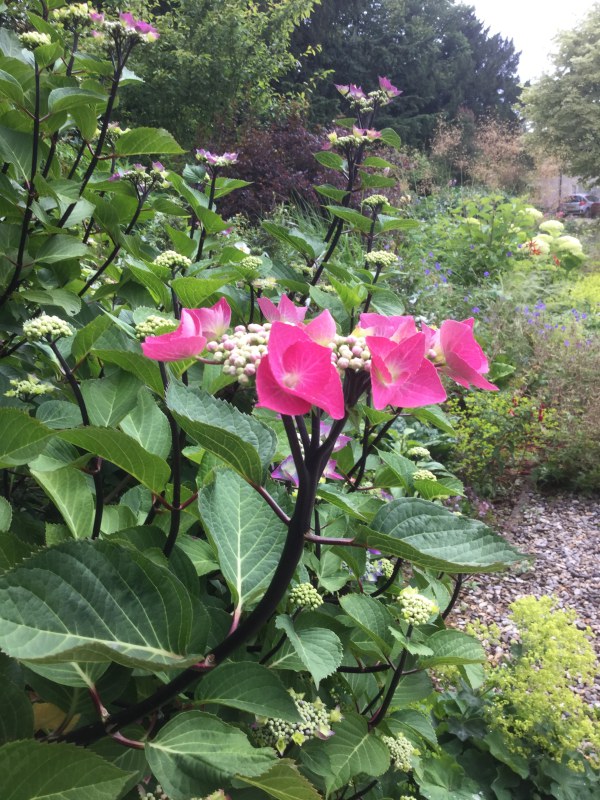 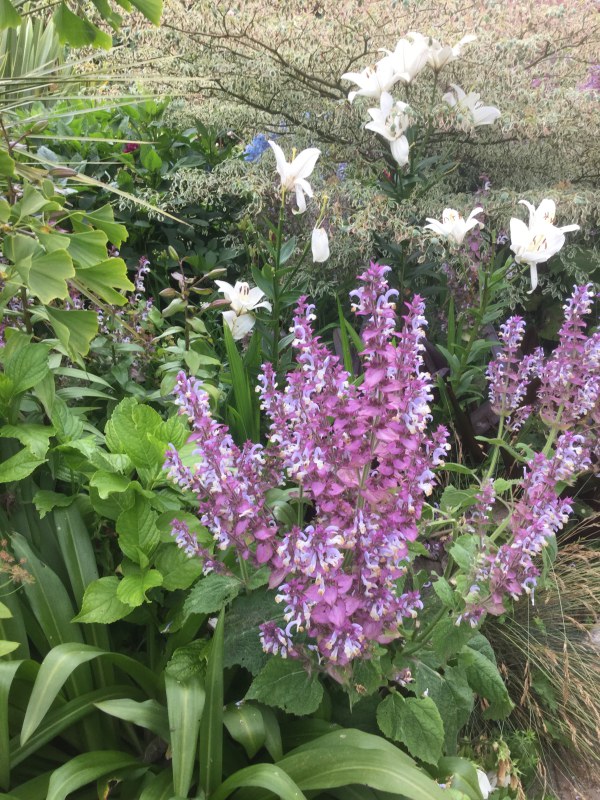 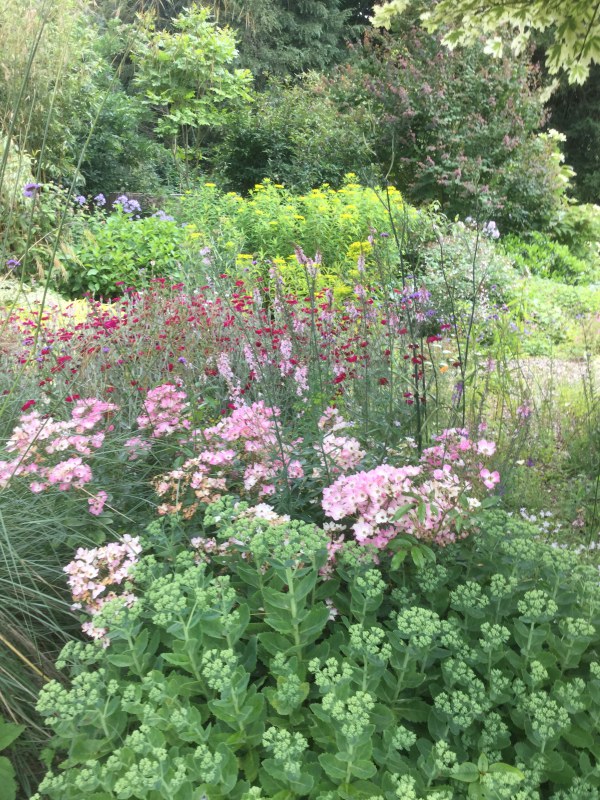 This last visit was to a nursery where we were able to wander at our leisure. The Urban Jungle is an extraordinary place with exotic plants as well as others which are more commonplace. It is not often one sees a sign saying “cannas, gingers and bananas”. There was a lot to see and a huge variety of plants to buy. It will be worth another visit when the planting season comes around. 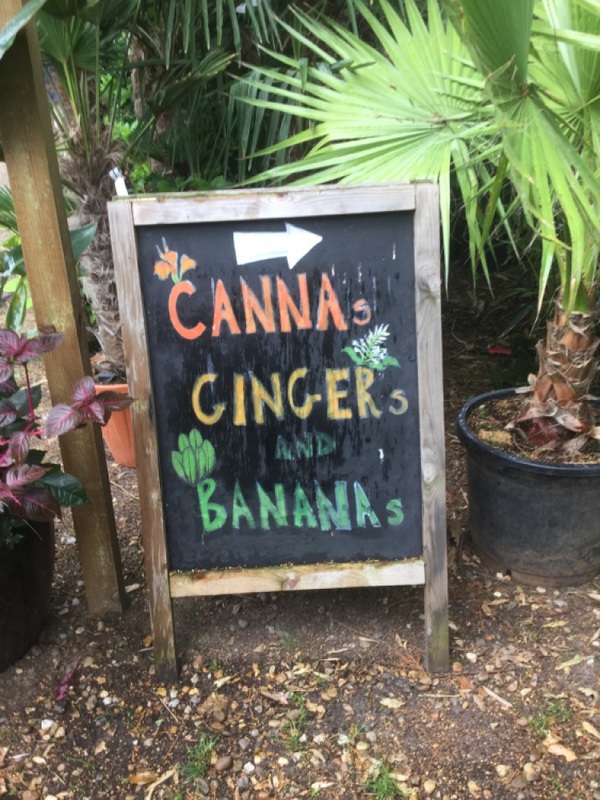 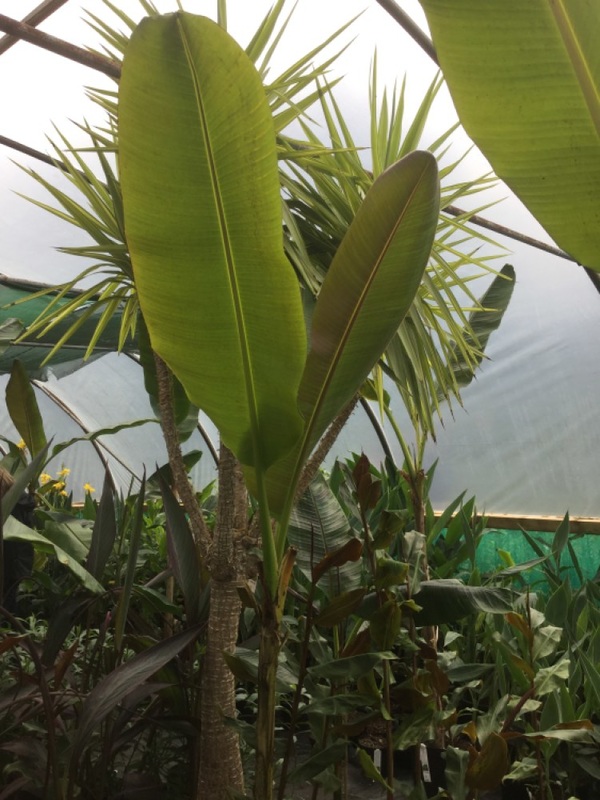 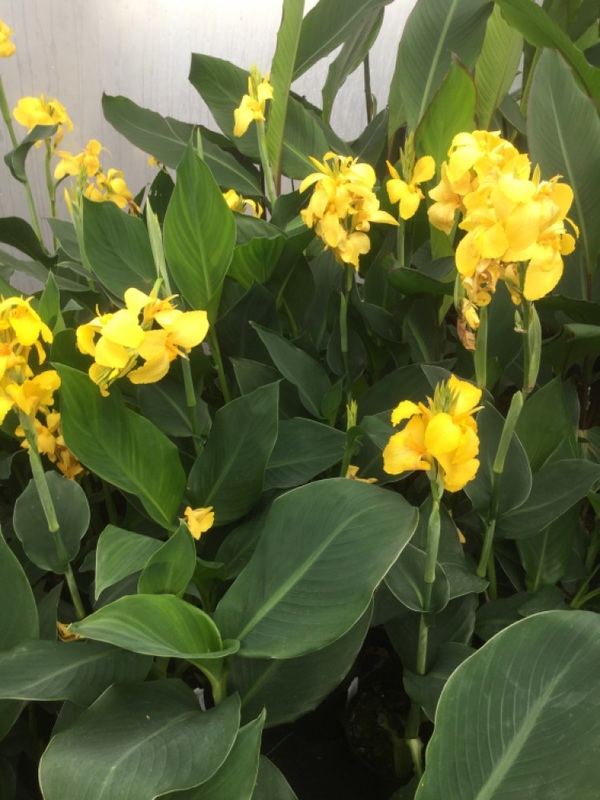 Next day
Back to overview
Page load link
Go to Top